The 150 year echoes of Reconstruction. 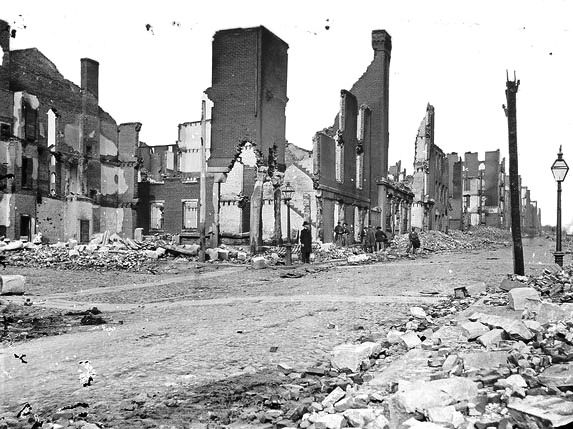 The Civil War ended in Virginia 150 years ago this month.  It was an end to a very hard war for america but only the beginning of a 12 year time period known as Reconstruction. Today we are still having problems following the 14th amendment. Some people still can’t see a person as their own person, instead they judge them by their race.  Currently we are facing a crisis with the equal treatment of blacks by police forces in America.  Our entire history as a nation seems to be one that is shaped by the compromises and struggles of civil rights as we seek a “more perfect union” of “we the people”.

More than 600,000 soldiers died and many people lost everything they owned after the civil war. In the south, the economy and social system was destroyed. The government wanted to rebuild the confederate states. The government couldn’t agree on how to rebuild the nation and between April 1865 and March 1877 there were four plans for reconstruction.

Lincoln wanted a way for the confederate states to re-enter the union even as the war was still going on. Provided  amnesty to 10% of voters who took an oath of loyalty to the United States and accepted its proclamations concerning slavery.

Republicans in congress disagreed with Lincoln’s plan. They wanted states to make new governments and include ex-slaves. Lincoln rejected this bill.

The republicans wanted to divide the south into five districts with a union officer to oversee the southern governments and states had to ratify 14th and 15th amendments. They wanted to prevent the leaders of the confederacy from returning to power after the war and wanted the republican party to become a powerful institution in the south.

Republicans didn’t want to nominate Grant for a third term because of his reputation by the scandals and they nominated Rutherford Hayes. Americans regarded Hayes as a moral man untainted by scandal and Hayes wanted to end Radical Reconstruction. The Democrats nominated Samuel Tilden who had tried to end the corruption in New York City’s government. Tilden won 184 electoral votes; one short of majority and Hayes won 165 electoral votes, leaving 20 votes in dispute. Congress appointed a 15 person commission made up of 8 Republicans and 7 Democrats. they voted 8-7 to give the votes to Hayes and this was a compromise deal that ended the reconstruction.