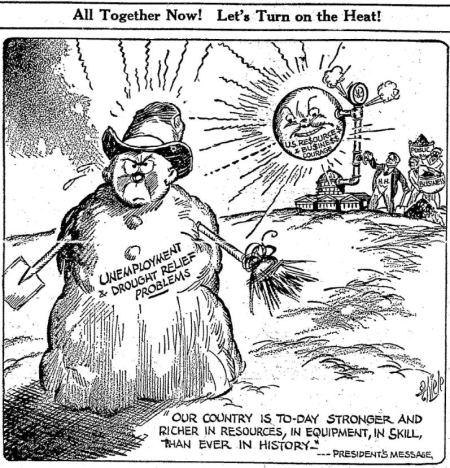 As you see; the pipes that are going to the sun, are fueling it, the outcome  is not successful with the sun is getting fueled by peoples money. The person that is the snowman is stuck as a snowman because he is unemployed and can’t get money because of the economic bust.  He is like a farmer in the Midwest suffering from the drought of the Dust Bowl. 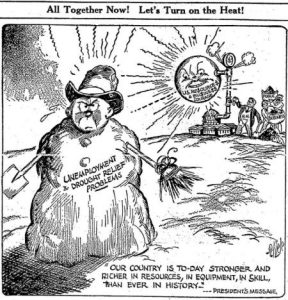