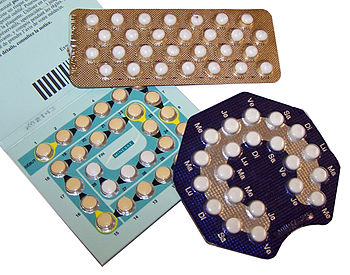 The general discussion of this article (published on September 17, 2014) revolves around the topic of birth control. Several Catholic organizations believe it’s ethically wrong to provide birth control as a part of employee health plans. “What happens when the insurance company is itself Catholic?” The argument is swayed because the overall decision making process is bias. It’s bias because not all people are Catholic. The article also talks about federal health law requirements, health insurance plans to provide contraceptive coverage for women, and an alluring Catholic court claim. Juan Serrano, who is head of Catholic Health Initiatives, (The nation’s fifth largest nonprofit health system) plans to expand the health plan footprint into Catholic health markets where they are fair.

I believe that it is unfair that the topic of birth control is extremely divided in the U.S. Personally; I’m in favor of it, depending on the woman’s situation. There are many cases in which a woman just doesn’t have the time, money, resources to bring a precious life into this world. These health care laws can greatly affect those struggling with poverty.

The topic of birth control relates to the Democratic values of life and equality. This has to do with life because the life of a possible new born hangs in the balance. It is against the law to murder another human being, but what about preventing it before it even happens? The possibility of bringing life into this world is extremely important to Catholics. This is where equality comes in. People should be able to have access to birth control if their beliefs are different. Whether they be Catholic, Muslim, Atheist..etc. because this is the land of the free.