2 Teens and a Dad; Across the Border, a Mom 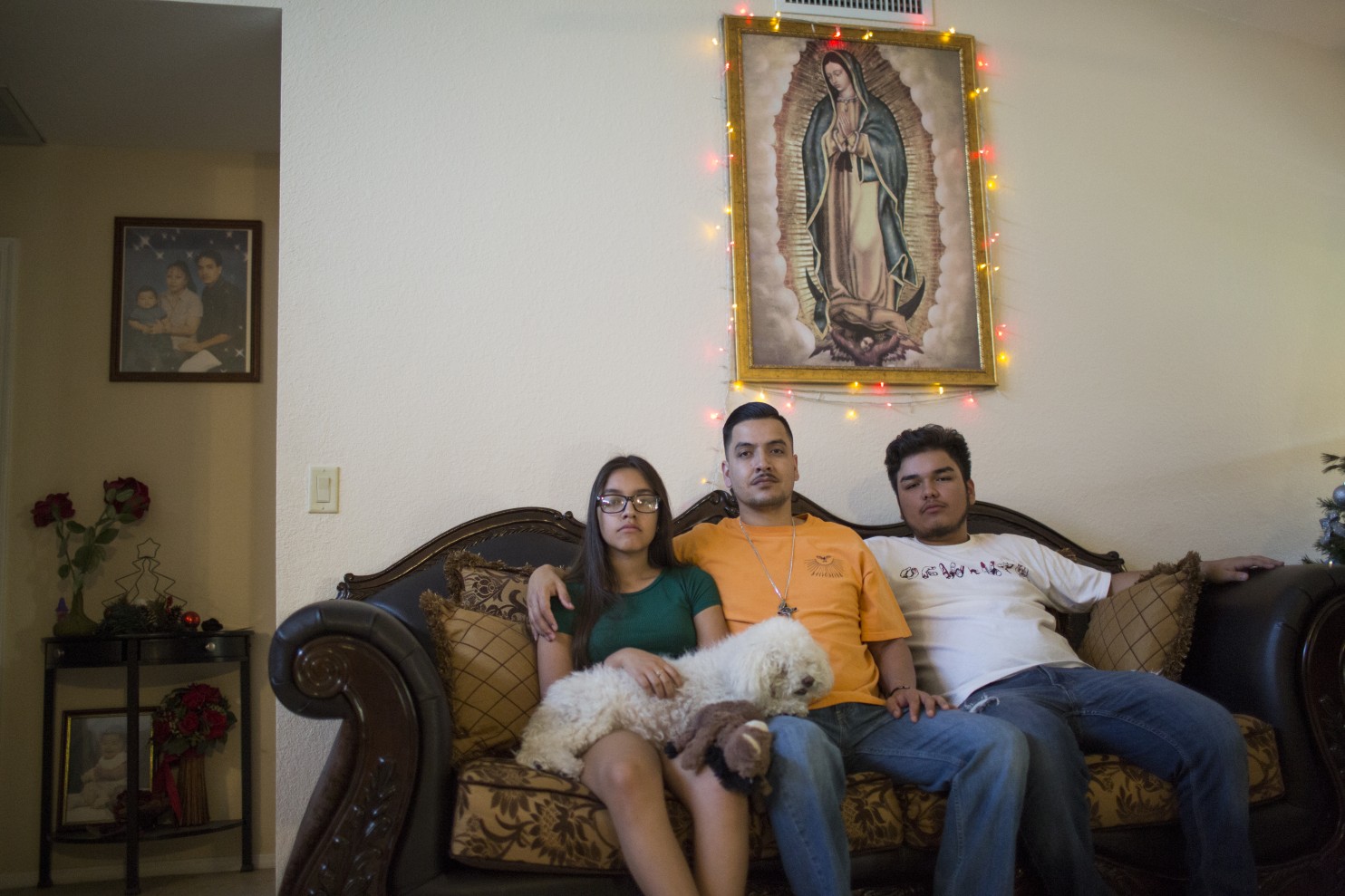 How can you get  prepared to be separated from your family?

An Arizona family tries to cope with unexpected deportation of a woman who had been in U.S for two decades.  On Feb. 8, their mother checked in for a routine appointment with immigration officials in the Phoenix area. She was undocumented since 2008, when she was arrested for using a fake social security number for work. Every year for eight years, she checked in with officials, and each time they released her back to her life here. but during this visit she wasn’t allowed to leave.

The following day, the 35 years old mother was deported to Mexico, a country she doesn’t know in two decades since she left at age 14 and move to the United States with her parents. her two U.S- born children joined her in the shelter across the southern border in Nogales, spending their last few days with her before she traveled south to start a new life with her relatives in Guanajuato, 1,200 miles south of the Arizona border.

The father of the two U.S citizens is with fear that he can be deported too. He look to his right at the dinner table, where his wife, “lupita,” would usually sit, sharing a glass of Coca-Cola with him. Her lunchbox sat on the kitchen counter where she left it after returning from her custodial job two days before she was detained. finishing her chicken sandwich, Jacqueline, an aspiring doctor with braces and long brown hair, extended her arm and rested her head on it as she peered out the window longingly.

Her mom would usually come back from her cleaning job at about 4 p.m., ringing the doorbell over and over to alert the family- and their with poodle, Lacey that she was home.  She would head to the kitchen, and soon the smell of cooking oil and the sound of pots and pans and Christian music would fill the family’s one-story, three-bedroom home. And at night she would go to each of their bedrooms and give them the blessing that always made them feel safe, and the she would ask them about their day at school.

The morning after Garcia de Rayos was detained, her husband and children were in the middle of a television interview in their living room when the phone rang. They had been left in limbo, unsure whether she had been deported or was being held in an Arizona detention center. Jacqueline had never had to pack for a trip, except for brief family road to Disneyland and the Grand Canyon when they were younger. No one in there family had ever been on an airplane, and Jacqueline dreamed of the day they would take vacation to Mexico together.

I can’t imagine what this family is going through but at the same time I think that this woman made a mistake when she decided to use a fake social security number, that’s why she was part of the new priorities of our new President’s policy for deportation. All the immigrant community is afraid about what is going to happen to all of them. Social media and News are becoming important for our life but at the same time it is becoming an enemy because some news scares the community more than helping it.

This story is summarized from The Washington Post. Tuesday, February 28, 2017

Here are two articles that explain what happens with someone using a fake social security number.