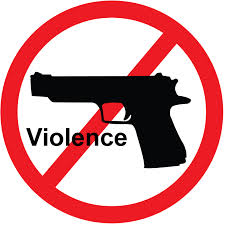 In Albuquerque, New Mexico a man was a having a road rage incident. He pulled up to a vehicle occupied by a mother, father and 4 year old girl. The man then began firing shots at the vehicle and drove off. The family stopped the car seeking help for their 4 year old daughter for the father and 4 year old girl who were both shot. When help arrived the father and daughter were both immediately rushed to the hospital where the father suffered from non life threatening gun shot wounds and the daughter was pronounced dead. The shooter is still at large and there a man hunt for him.

It hurts me to even imagine such a horrible tragedy occurring. I think that this country should implement stricter gun laws because guns are being abused in this country. It is not fair that an innocent 4 year old lost her life due to another persons lack of self control and poor gun control laws. I believe that congress should pass a law that makes stricter requirements for acquiring a weapon.  That will not be the only solution but it will help. Mental evaluations should be required to own a gun in America. The issue with gun violence in this country is getting way out of hand and I believe it is only going to get worse. The government has to find a way to protect its people from gun violence, and I believe they can do better.