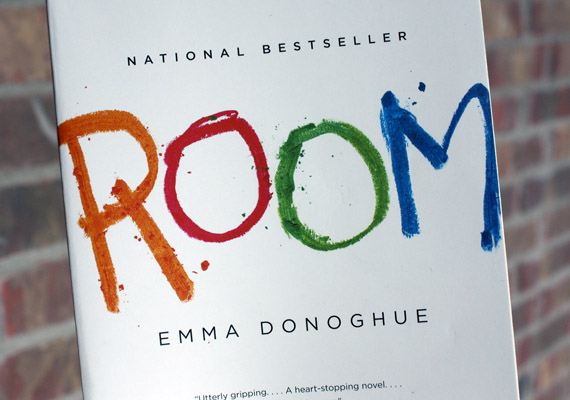 How could a book with such a plain title contain one of the best stories? Room  by Emma Donoghue, is told from the perspective of a five year old named Jack. Set about seven years ago, Jack and his ma live in Room. They run track, they make toys with eggshells, Jack sleeps in a wardrobe, and Old Nick comes every night. To Jack this is normal life, all he has ever known. He even believed things on TV weren’t real. Since Jack is turning five, his ma starts telling him many things about Outside and her life. She tells Jack it is time for him to be brave and run away. Jack doesn’t understand why he must be brave and run away, so many questions, Why? What’s wrong with Room? Is Old Nick bad? You soon come to find out that everything is not how it seems and that the world is bigger than just Room.

The audience for this book would be for middle school and high school kids, high school kids will probably understand the book more. This book is long, the book is divided into sections not chapters. It takes about a day or two to finish a section depending on how much you’re reading. Throughout the book you’ll notice that it is written how a five year old would talk, things like, room and rug are capitalized because that is the name Jack has given these objects. It is easy to pick up the clues in the book that suggest everything isn’t as normal as it seems. In my personal opinion, the book is hard to get into at first, but you soon form somewhat of a relationship with Jack and Ma. Once you hit the climax of the book, it’s engaging and keeps you on your toes. This book is fiction, due to the way it’s written it seems like it could be a real story because of the real life circumstances within the book. Jack is only five, so everything to him is either really complex or so simple. I would say this book is a good read for just about anyone.

Overall I enjoyed this book and thought it was a good story. At times I wanted to know more details about things that were not clear to Jack, but because of the perspective you’re not going to understand and get every detail. In the beginning it goes pretty slow, you can tell that this “room” isn’t normal. Slowly you can put pieces together leading up to the “Great Escape like the Count of Monte Cristo!” as Jack would call it.  I would read more from this author but I would hope it wasn’t in this perspective again! I would not say this book is a bad book, I prefer many details and if it were more detailed that would have been wonderful. This book is a good read because not many stories are written from the perspective of a five year old which makes this book unique.  Room has won several book awards so that lets you know it is a good read. If I could rate this book it would be four out of five stars.