A moment of “unity” 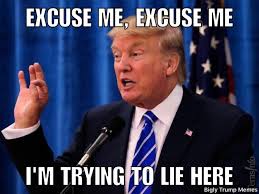 With maybe the most unifying words spoken at the 2020 state of the union speech this week, President Trump honored a  retired U.S. Air Force Col. Charles McGee. “ Charles McGee, who was born in Cleveland, Ohio, one century ago. Charles is one of the last surviving Tuskegee Airmen, the first black fighter pilots, and he also happens to be Iain’s great grandfather.” Mr. McGee attended the State of the Union address with his great-grandson Iain Lanphier who wanted to join the space force. After earning his wings in 1943, Tuskegee Airman  Charles McGee flew a total of 409 aerial fighter combat missions during 30 years of military service.  He is a veteran of World War II, the Korean War, and the Vietnam War.

My thoughts on this honorable moment is that It was staggering for a president who has thrown out racial slurs at particular races, honor a man of one of those races. As President Trump suggested on Twitter one time that four congresswomen of color, Alexandria Ocasio-Cortez, Ilhan Omar, Rashida Tlaib, and Ayanna Pressley, should “go back” to the countries “from which they came.” If you didn’t know the women of that group were born in america. To me that made me feel as if you didn’t look a certain way (white) you SHOULD NOT be in America. So being of a black race seeing the ignorance of certain people not knowing that blacks were also born in America, kind of confuses me on old history. Not only did he tell them to go back to their countries but to also “ go back and help fix the totally broken and crime infested places from which they came. Then come back and show us how … it is done.”