A Story About Civil Rights 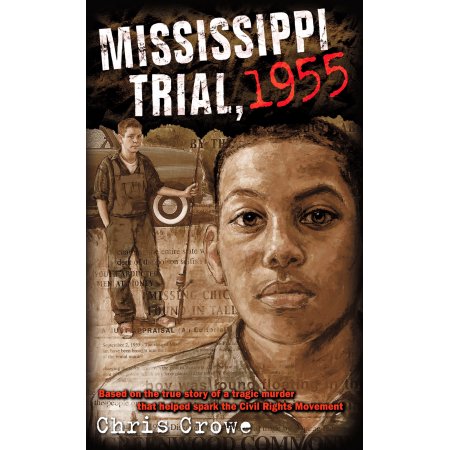 In the book of Mississippi Trial, 1955 the main character is a white boy named Hiram Hillburn. This book is based on a true tragic story in American history; the murder of Emmett Till.  When he is a young boy, Hiram often visits with his grandparents so that his father can continue college and his mother can work as a teacher. Hiram adores his grandparents. But when his father graduates and obtains a teaching job in Arizona, the family is forced to move. Hiram does not want to leave his grandfather. Grandpa Hillburn has a stroke, and Hiram does not see him for six years.

When he is sixteen, Hiram convinces his father to let him spend his summer vacation at his grandparents’ house in Greenwood. His father is reluctant about this, because he is disturbed by the racial tensions that divide the city.

Hiram rides a train from Arizona to Mississippi. Hiram is happy to be reunited with his grandfather, although he is upset to learn that his grandfather views black people negatively. After a few weeks, Hiram begins to spend time with some of the other kids in the neighborhood. He frequently goes fishing with a boy named R.C. Rydell, a fictional character who is portrayed as a typical ‘redneck.’ R.C. is very crass and racist.

One day while they are fishing, Hiram and R.C. are approached by Emmett Till. Emmett asks Hiram for some food. R.C. is outraged that Emmett would ask a white person for food, so he guts a fish and shoves the insides down Emmett’s throat.

Hiram sees Emmett again one day. While he is fishing by himself, he hears yelling from the water. He sees Emmett drowning, and he jumps into the river to save him the two boys talk, and Hiram realizes how much they have in common. He begins to wonder why some people, like his grandfather, negative opinions about blacks.

In short, this book is really interesting to read because this is a nonfiction story since 1955’s. People who liked to read about the U.S history would like it to know more about the United States past and how people lived back then.

SOURCE: Here is a short video that shows the actual event

In this book we can see that Hiram’s grandfather seems to have negative views about the black people which makes me think that back then there were people that didn’t like others races. However,we still can see in the united States that are people who shows racism for other people from different countries.

For Example, there are people that shows racism or seems negatively to Hispanic people; In addition, when my friend Miguel had a car accident he crashed his car to the sidewalk which it was chose to a back man’s house, he called my friend unfairly he treated him like he was criminal and even he said to my friend that Hispanic people like him should not come to this country because they just come here to destroy the country by trafficking drugs so this makes think that even today there are people out there that don’t like other races.

1954: Brown v Board of Education
The US Supreme Court rules an end to segregation in schools. It overturns the earlier Plessy v Ferguson (1896) decision that permitted “separate  but equal” facilities for blacks and whites. In reality, of course, “separate” facilities were hardly ever “equal”.

Since the 1950’s the U.S government and the people in this country have changed their treatment to blacks and to other people of color as well, the changes happening at that time are shown here below in the timeline.  “We the People” have made progress but we can always make more.  Today we are still working to fix problems of injustice and inequality of opportunity.

A 1950s timeline of the civil rights struggle in America