A Very Relevant Warning from the Past- Farewell Mr. Obama! 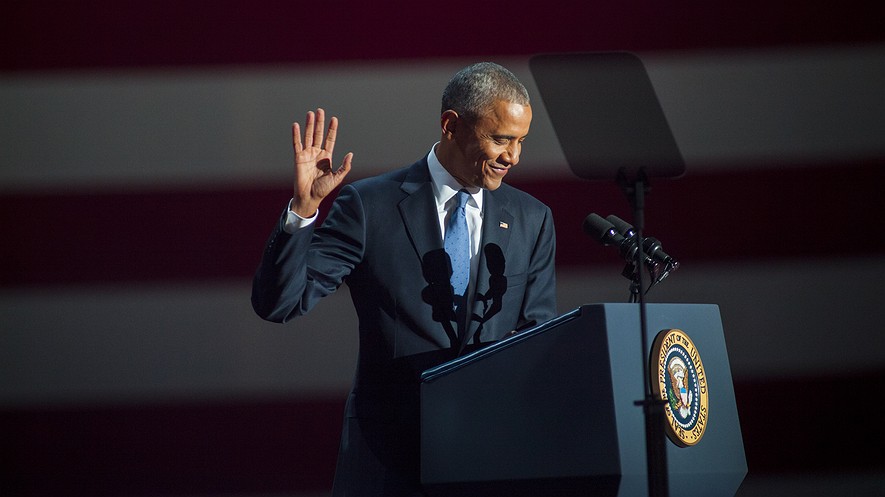 On January 10th, 2017, President Barrack Obama delivered his farewell address on National TV. In my opinion that was the best way he could have ended his presidency. He not only summed up his presidency but left off with a few much-needed warnings.

He started off by thanking us as a people. I thought that was weird, when we should be the ones thanking him. He then goes on to state a big problem we see in America, the unfair, unbalanced distribution of wealth, on top of the state of our economy. I agree with him that if we don’t see changes in this area, our democracy will continually go through rough patches. A team is only as strong as their weakest link. If you want to make the team stronger, you build up your weakest link.

He also discusses racial biases as an issue that will hurt us incredibly. This could not be any truer. Just take “Remember the Titans” as an example. When they were separated by racial biases, they were not a team, and they weren’t succeeding. How do people expect America to be great when a good portion of the country hates anyone who doesn’t look like them and the other portion mistrusts people because of a continuous bias towards white, Christian people? It can’t. We can’t be a great country and a role model to the world if there’s so much hate and mistrust in our own society. WE ARE ALL HUMAN!

His third and last warning, though, I feel is the most important one of all. He echoes a warning given to us at the start of our country by the first man to ever leave America. During his presidency, George Washington wrote, “My greatest fear has been that the nation would not be sufficiently cool and moderate in making arrangements for the security of that liberty” and that “If we mean to support the liberty and independence which it has cost us so much blood and treasure to establish, we must drive far away the demon of party spirit and local reproach.” In his farewell speech he warned of the same thing. President Obama felt the effects of what the first leader this country elected warned us against. After being stonewalled in Congress, Obama felt the need to reiterate this: “In his own farewell address, George Washington wrote that self-government is the underpinning of our safety, prosperity, and liberty, but ‘from different causes and from different quarters much pains will be taken…to weaken in your minds the conviction of this truth;’ that we should preserve it with ‘jealous anxiety;’ that we should reject ‘the first dawning of every attempt to alienate any portion of our country from the rest or to enfeeble the sacred ties’ that make us one. We weaken those ties when we allow our political dialogue to become so corrosive that people of good character are turned off from public service; so coarse with rancor that Americans with whom we disagree are not just misguided, but somehow malevolent.  We weaken those ties when we define some of us as more American than others; when we write off the whole system as inevitably corrupt, and blame the leaders we elect without examining our own role in electing them.” I could not agree more. This should be posted on every media source in America. This is, in my opinion why America is the way it is today, with so much distrust and corruption. I feel that we as Americans need to heed this warning, for we didn’t the first time it was given, and all we have to do is look back at the past and see what it’s cost us so far.