Abortion Clinics Are in a Steep Decline

An abortion clinic in Kentucky represents the future of America. 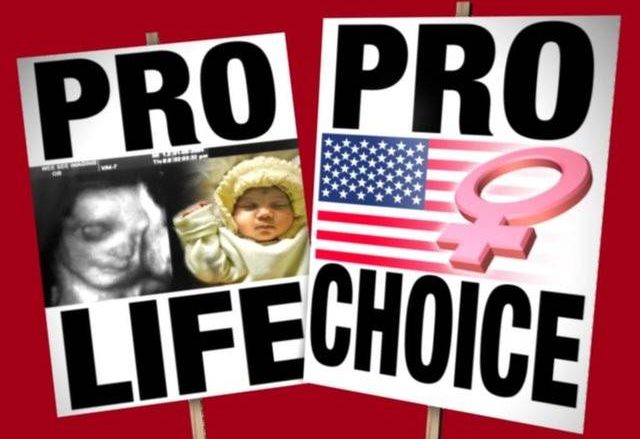 As of November 14th, Kentucky only has one abortion Clinic. In Louisville, Kentucky, the EMW Women’s Surgical Center serves countless women in executing a safe, medical abortion. This clinic is a representative of the trend in our nation because, similar to how Kentucky is down to only one abortion clinic, there is a rapid decrease in the number of abortion clinics in America. In 1996, there were a total of 452 clinics nationwide, but by 2014, the number had been reduced to 272.

A CNN story takes a look at the last remaining clinic in Kentucky , on what looks to be a typical day. Upon arrival, they quickly see a slew of protesters with signs reading, “Babies Are Murdered Here” and “Abortion. An American Holocaust.” These signs are not as harsh when compared to the hateful slurs that are thrown at women and couples as they try to enter the clinic. Although not all pro-life protesters are like this, extremist protesters, like these often get so violent and rowdy, that this surgical center has implemented escorts to protect patients as they enter. According to the article, escorts are often stepped on, verbally banished to hell, and one was even told that he was “a reincarnation of a plantation slave owner.” This represents just a few of the struggles that women face when trying to get an abortion.

The goal of these protesters is to eliminate all abortion as an option. They are very hopeful that this dream will be a reality because they are seeing abortion clinics close throughout the state, and across the nation. Women’s rights to abortion are making a full circle in America. In 1974, a supreme court case, Roe V. Wade, legalized abortions for the entire United States of America. Prior to this, women had to get dangerous abortions performed by amateurs or even themselves. After that, abortion clinics popped up all over, providing safe care for women. However, due to more restrictions on abortion access, clinics are becoming less and less available to those in need. In fact, a federal district judge is considering whether the state’s requirements for an abortion clinic are constitutional. This could create implications for women across the nation. The Kentucky clinic is at risk of being shut down because of potential licensing paperwork issues, which would make Kentucky the only state without an abortion clinic, but possibly not for long.

Abortion is a very sensitive and controversial topic in both society and politics. Abortion can be defined as, the ending of pregnancy by removing a fetus or embryo before it can survive outside the uterus. The two stances on abortion are Pro-Life, meaning you believe that the fetus has a right to life and should not be terminated under any circumstances, and Pro-Choice, meaning that you think a woman should have the choice to make her own decision regarding her baby. One of the biggest arguments about Abortion is when the embryo becomes a baby and has life. Some believe that before 24 weeks, the period in which most abortions are usually conducted, the embryo had not yet obtained life, so it is acceptable to terminate it. Others feel that a baby is alive from the moment of conception, so any attempt at termination is equivalent to murder.

Many, but not all, pro-life activists are extremists in their views. An extremist can be defined as, a person who holds extreme political or religious views, especially one who resorts to or advocates extreme action. I believe that many of the pro-life activists, like the protesters described in the CNN article are extremists mainly due to religious views, Many of them attribute their stance on abortion to the fact that in the bible, abortion is frown upon because life has already begun. They say it is a sin because an embryo, that should have the same rights as a born child, is being killed. For example, the bible says, “The lord called me from the womb. From the innermost parts of my mother, God named me … and said to me, ‘You are my servant Israel, in whom I’ll be glorified.” Many religious pro-life people say that the bible explicitly mentions that life is present in the womb. Due to this religious stance, these extremist will often say that women who get an abortion will go to hell. They also say that god is frowning on them and will not walk with them in life. Also, as previously mentioned, some physically and verbally assault the women who are trying to get an abortion.

For information on pregnancy options and clinics near you, visit the following website: