Abortion In India is legal Yet Women Are Still Dying 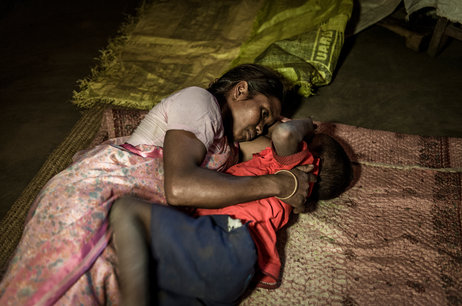 In 1971 India was one of the first countries to legalize abortion .Providing them in government regulated clinics has decreased the risk to women seeking abortion but in much of the country women don’t have access to those clinics. The country has one of the highest rates of death due to unsafe abortions, its estimated that every 2 hours the women dies from abortion related complications and for every women who dies twenty more develop life-long health problems. Many women have died.

In Virginia, the following restrictions on abortion were in effect as of July 1, 2014:

A woman must receive state-directed counseling that includes information designed to discourage her from having an abortion and then wait 24 hours before the procedure is provided.
Health plans that will be offered in the state’s health exchange under the Affordable Care Act can only cover abortion in cases when the woman’s life is endangered, rape or incest.
Abortion is covered in insurance policies for public employees only in cases of life endangerment, rape or incest or fetal impairment
The parent of a minor must consent and be notified before an abortion is provided.
Public funding is available for abortion only in cases of life endangerment, rape, incest or fetal impairment.
A woman must undergo an ultrasound before obtaining an abortion; the provider must offer her the option to view the image. If the woman lives within 100 miles of the abortion provider she must get the ultrasound at least 24 hours before the abortion.

Abortion laws in the United States are different for each state. Since the Supreme Court ruled in Roe V. Wade in 1973 all states have been required to offer some type of legal abortion.  Some states have fewer restrictions than Virginia and a few states have more restrictions.  Why would we allow any legal abortion? Some people argue that it must be legal and safe or it will be illegal and unsafe.  I disagree.

There is no right for abortion even if its legal or illegal its being done everywhere in the world. No fetus has the right to be aborted even if its not fully formed. You’re putting danger in yourself and you are also killing a human being. Would it be okay with you if I were to tell  you were an option to be kept or to also be aborted? I think it is not okay to kill a fetus, even if you think you have too much kids and you can’t take care of the rest that are coming. Why not think about the consequences before having sex?