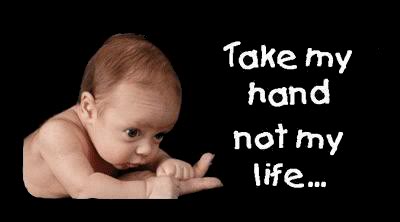 A doctor in South Texas had to close his abortion clinic because of the state law passed last year. Texas Senate Bill 5 was created on June 11, 2013. Many patients called him because they didn’t know what to do with their pregnancy. The majority wanted to end the pregnancy and he was their only option because his clinic was cheap and good. The clinic was closed because the people of Texas do not believe that abortion should be a right of citizens and the clinic did not meet the strict legal standards of Texas..

This is a very controversial topic in the country because it can be disputed with different views of the  First Amendment.  Both the liberty of life and the right to privacy, plus some religious problems complicate this sensitive issue. A person doesn’t have the right to end a life.  People disagree on when a citizen’s life begins.  Some think it does not begin until live birth.   Even though the fetus is not fully formed, its already alive with a totally new combinations of cells and DNA. Most religions in the world are against abortion.  In this country every single citizen and resident has the freedom of religion.  Women who think they have the right to abortion and judges who decide they do are thinking about their own lives and the right to privacy.

I think prohibition of abortion in the whole nation is the only solution.  Some argue that illegal abortions cause more harm than legalizing it but I disagree.  The choice is made once you engage in sexual activity.  Citizens must accept the consequences of their actions and society must help them in doing this.

I am against abortion because of the way I was raised.  I believe that everyone has a right to live, no matter in what circumstances someone got pregnant, its not the baby’s fault and they deserve to have an opportunity in this world. Now, there are many ways to prevent a pregnancy and if you clearly don’t want the baby, you can put the baby on adoption because somewhere out there are many women that will do anything to have a baby.

Fact: Many women that had an abortion suffer from depression or anxiety, and regret her decision the rest of their life.