After Brussels, Another Attack Coming Soon? 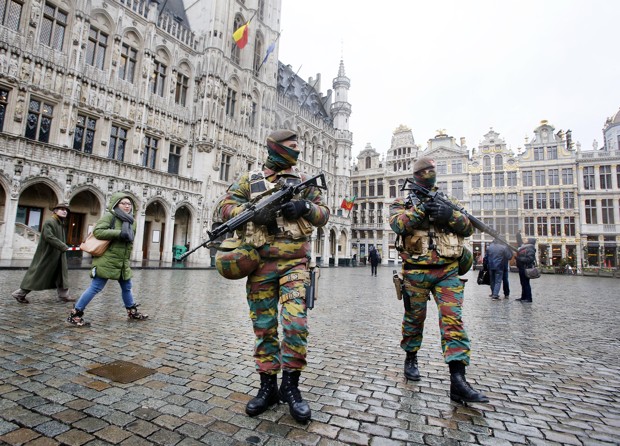 Belgium police officers patrol the Grand Place in central Brussels, Belgium, Tuesday, Nov. 24, 2015. The lockdown has closed the capital’s subways and schools. Officials have recommended that popular shopping districts be shuttered and advised people to avoid public places since they could be targeted by terrorists. (AP Photo/Michael Probst)

Lately this war on terror has gotten way out of hand. It keeps escalating worse and worse each time. The next place targeted and many lives lost was Belgium, Brussels, a foreign fighter surge team was assembled by the F.B.I. maybe a month before the attack was even made. What crossed my mind off at first after reading that is could someone working for the government of the united states maybe even the Belgium government be an ISIS member the whole time? Maybe another type of terrorist group.

The supreme power in america gets criticized if a plan fails involving their decision making. They can be considered weak to their people and now many people with in the surge team are second guessing all their orders. From what I see people wont feel safe with any government anymore ISIS seems to be all over the world right now and strike when people least expect it.

Once everyone recovers their right state of mind something else seems to happen for example after pairs many lives were lost in it. I saw many people on media crying and destroyed families. The power that ISIS has is unreal when you really think about it many people from here in the united states are risking their lives going down there just to join the power that is ISIS. My main question is though is if U.S government was down there helping Brussels with some issues why and how did it occur “ISIS” to strike Brussels next.

They seem to have footage of people running away from the scene of where the bombings happen before anything could occur. Could they have a lead on the people who are responsible for this? If for some reason that were to be the people they should hand them over to some investigators in order to get solid information on what the group “ISIS” is after because if this keeps happening who knows could we have a world war three and not know where to find the enemy. 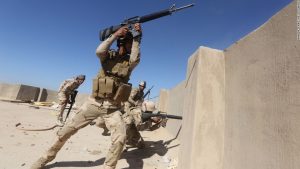 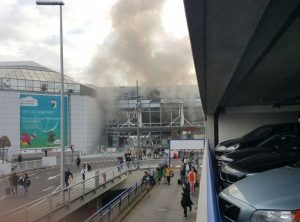