Air Jordan; The Making of a Brand 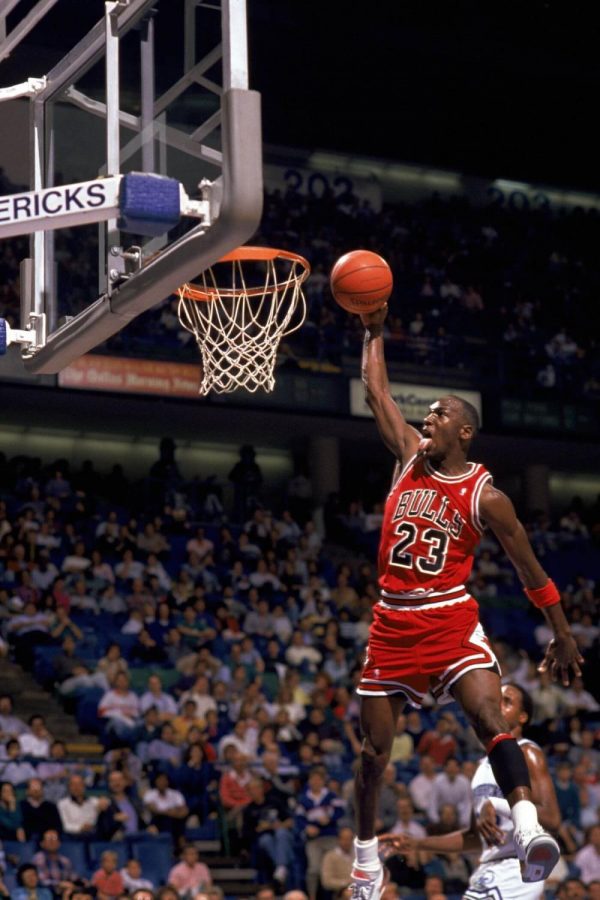 Who is Michael Jordan?

Michael Jordan is an all star in the NBA for being so talented. Jordan’s incredible full 4 foot vertical leap put the top of his head 6 inches above the rim, it was seen by many in the 1988 NBA dunk contest, including Nike and they used a picture from the dunk contest to make his famously known Jordan brand and logo.  Michael is an elite athlete who proved  himself among a class of superstars.

How long did he play in the NBA and where did he come from?

He started playing basketball in North Carolina. He first became famous on the court when he led the UNC Tar Heels to the NCAA championship on March 29th 1982.  His personality made people want to go to UNC and it was the first indicator of his marketing potential. UNC coaches used the Jordan appeal to continue a recruitment of top players and the team.  The 1982 Championship title was only the second in the University’s history since their 1957 defeat over Kansas.  With Jordan’s legacy the team went on to earn the title four more times.   He stepped away from UNC in 1984 to play for the Chicago Bulls in the NBA.  He was the number 3 pick in round 1 of the draft.

Jordan the Olympian
During the summer of 1984, Jordan made his first appearance at the Olympic Games as a member of the U.S. Olympic basketball team. The team won the gold at the games that year, which were held in Los Angeles. Jordan later helped the American team bring home the gold medal as a “Dream Team” coach  at the 1992 Olympic Games, held in Barcelona, Spain.
Retirements from Basketball; Jordan the Man of Transition
Over the 19 years since beginning his professional basketball career, Jordan retired from the sport three times. He first retired in 1993 and again in 1998, then finally hung up his jersey for good in 2003.  This shows that after his rise to all time fame at a young age in the 1980s he was then able to do whatever he wanted through the decade of the 1990s.  During the 1990s when Jordan was only 30 years old he began a time of transitions in his life.  He retired twice from the NBA, played baseball, and made a blockbuster Warner Brothers movie with Looney Tunes characters.  In 2001 he played for the Washington Wizards and he remains an owner of the Charlotte Hornets since 2010.

What is the Air Jordan brand and when was it created?

Before the 1984-85 season, Nike signed an unproven MJ to a five-year deal worth more than three times the richest shoe contract at that point. But that wasn’t the only unusual decision Nike made while launching the Air Jordan brand. The Air Jordan 1 violated the NBA uniform policy for shoes. It may have been an intentional move to promote the shoe  because  the $5,000 fine per game seemed to be worth the cost for marketing and attention. The first brand marking was a winged basketball that said Air Jordan on it. The picture of Michael Jordan’s silhouette below is the logo called “Jumpman” one of the most recognizable athlete footwear in the world.
Original Logo                                         New Logo 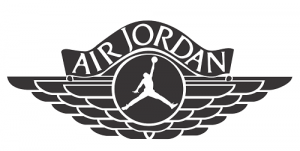 What makes the Air Jordan Brand so Popular?

The Michael Jordan Brand is so popular because of years of good marketing on the companies part but also bandwagoning and the buildup of hype on the consumer end of things. The fact that Michael Jordan is such a respected basketball player represents the quality of the brand. These shoes are probably the coolest shoes ever made, they’re unique, drippy, fresh. It is incredible to think how Jordan’s went from just sneakers, to clothes, to a brand to a store in LA JUMPMAN STORE. The concept of the Jumpman Store is to customize the shoe buying experience.  The pilot store opened in Chicago

Now Jordans may look cool and hip but they are  not cheap,  these are the most expensive Air Jordans of  2021

There are three main groups of people who wear Nike Jordans;  1)People who have money 2) athletes that have to wear them. 3) the large and diverse group that wears them for fashion.  This third group  wears them because they want to be fashionable and look cool and just let people know they got it or can get it.

I will wear Jordan  shoes today . because I like Jordan shoes and I wanted to do match with my hoodie. People who wear Jordan shoes workout at the gym or like basketball. Other people just like to go to parties or show their style at school. Some gangsters influencers who are active on social media use Jordans to flex.  Some people be trying to look good by wearing expensive things. ”   – high school student Noman

The top Jordan of all time is the Jordan 1 chicago. The Chicago 1 is the first jordan ever made!

A Constant Flow of Revenue and Profit.

In the first year the Air Jordan franchise had made $100 million in revenue. With the Air Jordan 1s being a success in the shoe market. Released  at a price of $65 in 1985. In 2020 the brand had a jumping revenue of 31% for the year. Which brought in 4.7 billion, not including the previous reported projections. In the year of 2021 the brand topped with 12. Billion in quarterly sales in the last 50 years. They had a high revenue of 96% leading it to its 12 billion. Which is now equal to about $165 in 2021.

How has the method of Marketing Changed Over Time to make the Brand Timeless?

The Original Method in 1984; a time without the internet

Marketing Strategy of Jordans before the time of internet: LINK 1 LINK 2

The internet was not around in 1984 so advertisements spread through T.V. commercials. Most popularly advertised during NBA commercial game breaks. Since the internet wasn’t a thing most people got word of it through others or from friends. There were many ways to purchase the shoes before the internet was around like going to the mall or your local foot locker. The marketing was simple have Jordan wear the shoes and shoot a commercial then boom Jordans became the greatest selling shoe.

Selling goods on its own website and physical stores nets Nike more than double the profit it would receive from selling through wholesale partners. The company also gains much tighter control over the shopper experience and pricing. That’s a big advantage for a premium brand like Nike that wants to present merchandise to customers in enticing and consistent ways, and prevent products from being discounted too heavily.

Rivals Under Armour and Adidas are following Nike’s lead, pulling back on retail partners and building the direct-to-consumer sales channel.  LINK