The fighting took place in Abyan province and the Sanaj region, and its confirmed that it was a battle between Vemen’s Al-Qaeda’s branch and Yemeni army with the support of  US’s drones trying drive out Al-Qaeda’s  soldiers and commanders  out of the southern provinces of Abyan and shabwa. The name of the Al-Qaeda’s commander was Ali bin Likra Al-Kazimy and was announced dead on Saturday last week, along with 5 other Al-Qaeda’s suspects including a commander of  Chechen origin. AQAP, an armed group and most dangerous franchise,  according to the US the AQAP has been loosing men due to the number of drone attacks by US forces. Ever since the operation began to drive back Al-Qaeda’s people there’s been some consequences, On Tuesday members of AQAP ambushed an American convey and killed 15 soldiers on sight and captured 15 that were later executed. Its obvious that the retaliation against American forces is increasing since 24 soldiers were killed this week and the threats are going world wide though the internet as members of the AQAP announced they would attack any establishment, ministry, camps or barracks” involved in drone strikes.

( The images below show what a drone looks like ) 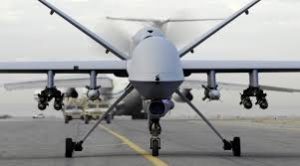 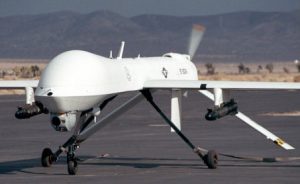 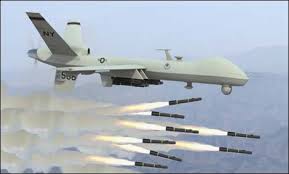 America is at war  with a different type of enemy now. Unlike previous wars, this time we’re at war with terror so its more complicated than it seems.  Fighting a nation isn’t as complicated as fighting terror because both sides clearly know the enemy but fighting terror is like fighting an invisible enemy; you don’t know their location and they usually hide within their people which makes it 10 times harder to target them.  The only victims here are the innocent people that die from bullets flying everywhere in battle, or from drone attacks conducted by the United States.

Al-Qaida announces death of a leader in Yemen