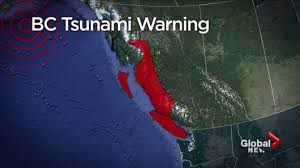 A major earthquake struck Alaska on a early Tuesday, initiating a tsunami warning that forced many civilians to search for higher grounds. Civilians rushed into schools that had become evacuation centers. They parked their cars on higher ground at Safeway and Walmart stores. They also rushed up Pillar Mountain. The big waves never came, and within four hours, the authorities lifted the tsunami advisories that had once stretched from Alaska to the American border with Mexico. 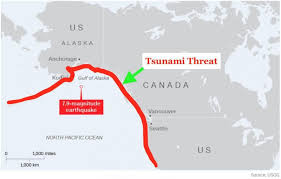 “Everybody had to evacuate,” Fran Latham, who runs a bed-and-breakfast in Yakutat, said of her town between Anchorage and Glacier Bay National Park. “It looked like everybody was at the school and the police department.”

(The earthquake occurred about 175 miles southeast of Kodiak Island. This region is part of a large subduction zone, where one large piece of the earth’s surface, or plate — in this case the floor of the Pacific Ocean — is slowly sliding under another — the North American continent.)

The Alaska plate zone is the source of many earthquakes, including one in 1964, with a magnitude of 9.2, which was the second largest every recorded. Peter Haeussler, a research geologist with the United States Geological Survey in Anchorage, said that the 7.9 quake, on Tuesday, did not occur directly where the two plates meet. Rather, he said, “It appeared that the slip occurred on the Pacific plate only, at a point where it bends as it starts to slide under the continent.” So the big one is yet to come.

For more information visit these sites: