“All men are created equal” 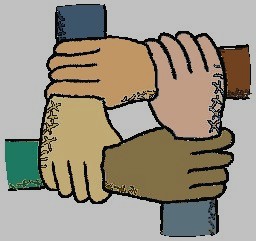 The quotation “all men are created equal” started to change because the definition has changed throughout time and history. Ever since July, 4th 1776 when it was written, men have gained a lot more independence. John Locke’s theory of natural rights changed the thinking of our founding leaders to giving that specific quotation from the Declaration of Independence an actual true meaning to it that applies to all human beings.

At first when an individual read it back in 1776 it has a complete different meaning they knew “men” meant only white property owners that also were slave owners and of course were wealthy. Poor white men weren’t even considered under that class of men until several years later. Slaves and all African-Americans from the beginning weren’t ever considered or even allowed to own land let alone vote. Even though all settlers in the early Colonial America were declaring independence from the King George the III they were still creating a new cycle of ruling a society of people just because of their skin color or wealth status.

There are specific examples in history like when slavery was completely abolished in 1865, the 13th Amendment abolished slavery throughout the entire United States that started to give it a different meaning. Slavery to this day still exists in the world in an illegal way but we have made much progress as Americans to giving it a true meaning to  Thomas Jefferson’s ideal that “All Men are created equal”.  Today citizenship is much more diverse and all people; no matter if they are wealthy or not can have more rights that allow them to live the American dream.