“All Men are Created Equal”;Ideals and Reality 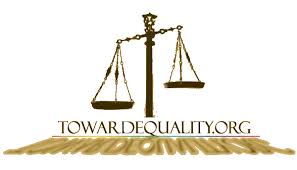 “We hold these truths to be self-evident: that all men are created equal; that they are endowed by their Creator with certain unalienable rights; that among these are life, liberty, and the pursuit of happiness.”
-Thomas Jefferson 1776
#476804097 / gettyimages.com

The founding fathers who signed the declaration of independence from Great Britain said that all man are created equal, but these men had slaves. All men are created equal is just a saying because people back then and now don’t follow it. Inequalities are still happening. It is so hypocritical for Thomas Jefferson because he owned slaves even as he thought and wrote about these ideals.

How did the founding fathers treat women, foreigners, poor people and people of color?  How do we treat them today?  The civil rights movement in America is based on the pursuit of these ideals first stated in the Declaration of Independence on July 4th 1776.

What do we do with this ideal of equality in our history as a nation?  Have we made progress?