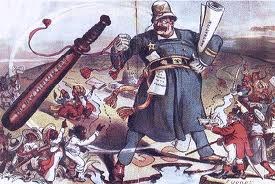 El Salvador; a small country in central america is the place where I was born. I lived there until I was 14 years old. El Salvador taught me how to live.

El Salvador is very different from the United States;  first it is a small country. In the US laws are respected, but in El Salvador there is no respect for authority. One of the reasons why I came to this country is because of that, and with the gang problems increasing instead of decreasing things are getting worse. This year El Salvador is being declared as one of the most dangerous countries in the world. I think violence is the only thing being recognized of that little country in central america. Although  it is a dangerous country I learned a lot from living there, and I like to be from El Salvador. The thing that I remember the most is the poverty. It is not that I lived a bad life but being from a small country I have almost visited all of the country.  I saw harsh reality in the first 14 years of my life through my home country El Salvador. Another thing that I now realize is the public  school education in my home country is very low.  Education and good leadership are related. There is no good leadership in El Salvador. 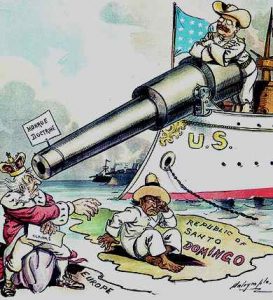 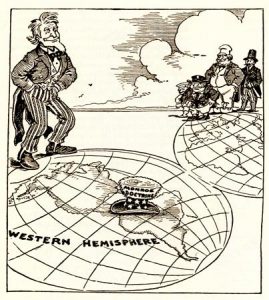 Dollar Diplomacy is the effort of the United States, particularly during President William Howard Taft’s term—to further its aims in Latin America and East Asia through use of its economic power by guaranteeing loans made to foreign countries. The term was originally coined by Presidents McKinley and later  Theodore Roosevelt at the turn of the 20th century .

Historian Thomas A. Bailey argues that Dollar Diplomacy was nothing new, as the use of diplomacy to promote commercial interest dates from the early years of the Republic. However, under Taft, the State Department was more active than ever in encouraging and supporting American bankers and industrialists in securing new opportunities abroad. Bailey finds that Dollar Diplomacy was designed to make both people in foreign lands and the American investors prosper.

The concept is relevant to both Liberia, Africa where American loans were given in 1913, and Latin America. Latin Americans tend to use the term “Dollar Diplomacy” disparagingly to show their disapproval of the role that the U.S. government and U.S. corporations have played in using economic, diplomatic and military power to open up foreign markets.

It is an obvious discussion that the nation most benefited in the dollar diplomacy is The United States. America gave central america the belief of protection from European debt. They told the countries in that region that they will be protected them from any European country to invade for any debt that they had, but The US did not care about someone invading central or south america, they were scared to have a European country establishing strength so close to them. It could mean an attack from so close, and give them some trouble just like in Mexico. They took advantage of the little countries, but they also have helped them too. The panama canal is good for the us but also for panama. They also helped El Salvador in their civil war.  There is rumors that they gave guns to the rebels in the 1980s also but it was never confirmed. The help from the US also meant a change of the currency in El Salvador to the dollar to pay debt to the US, but also to help the bad economy it was going on because of the civil war.