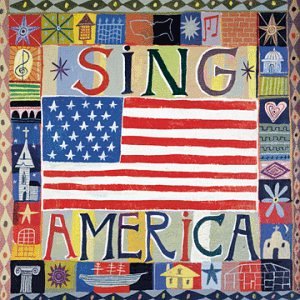 In 1895 a young Italian named Guglielmo Marconi invented what was called the wireless telegraph. He used radio waves to transmit Morse code then it later became known as the radio. Eventually we had a 20th century where we took recorded sound for granted.

As citizens we can find our voice with the 1st Amendment.  This American youth has a sound in his head and in fact I think we have a changing soundtrack throughout our whole lives. I remember when I was 10 going on 11 when I would listen to this song everyday that described my life. It was an amazing song that would relate to the things I was going through.

I think in this modern world most people listen to music to motivate them.

This song relates to my life that I was living when I was younger.  Now that I have matured and looked at it, I like that I learned from my mistakes.  It motivated me to change my ways in life. Like getting back enrolled in school, getting a job, not relying on my family for money when I need it. That made me change a lot; now my head is going in the right path to success so I can do bigger and better things in life instead of staying in the fixed mindset of trouble.

Do I have new sounds that motivate?

Now that I really know the meaning about life, this song doesn’t motivate me at all. I have a new sound track that motivates me. I have sounds that talk about the things I went through and the things that I’m going to accomplish later in life.

How has my motivation changed over time?

My motivation changed a lot, I think ever since I received the news I’m going to be a dad to an amazing kid that made me realize that I’m going to have to step up and be in my kids life.  When I say yes to this responsibility of fatherhood I must say no to the things and the people that take me away from my kids life.  We need to sing songs of commitment.  We need to say yes the the bigger and more beautiful things in life instead of getting caught up in negativity.

Are there any ways where I find that my motivation has always been the same?

We as human beings are led by some of the same ideals of truth.  An example of this in American history is that we have always had the “same song” so to speak of “Liberty”, “Natural Rights”,  and “We the People” but every time we sing it we get better at applying it to our citizens- this is called Civil Rights in America. This is in some ways is the same song that Dr. Martin Luther King Jr sings in the 1950s and 1960s and it is the same song we sing today when we stand up to injustice.