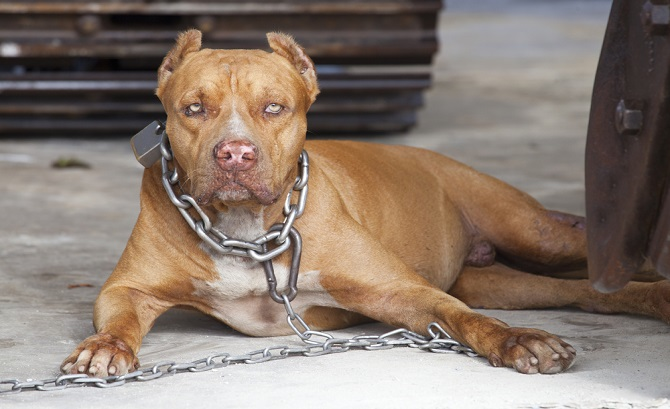 Cesar Millan has a TV show on Nat Geo Wild called “Cesar 911″, where he goes to peoples houses and helps them train their dogs. In the video, someone has taken a pig and holds its rear leg in the air while another animal, a dog, runs to attack it,” Reyes said. “That, in and of itself, is a penal code animal cruelty violation in the state of California, but the office still needs to investigate the circumstances.”

Millan was working with Simon, an aggressive French bulldog-terrier mix that was known for attacking his owner’s pot-bellied pigs and other animals they had. After the episode aired many complains were sent in and the show was almost canceled.  Michael Vick, who was at the time quarterback for the Atlanta Falcons,  was put under investigation after the discovery of evidence of a dog fighting ring he may have been involved in. It became a wildly spread story about animal cruelty.

Dog fighting or abuse is very common.  There are many stories about the horrible animal fighting groups or events happening which need to be stopped,  Their are many cases worldwide of animal abuse, fighting, neglecting.  Here is a prevention website about animal abuse:  http://getpetbox.com/blog/posts/national-dog-fighting-awareness-day-how-to-spot-a-dogfighting-operation/

Three core democratic values that apply to animal abuse are life, loyalty, and authority.  When you own an animal you are giving that animal hope for a good, safe life.  It gives you authority over a life.  When people start dog, or other animal fighting rings, they’re taking away the animals life, but also their own, if they were to get caught by police, they could be put in jail, taking away that persons freedom.  Our government should protect the lives of humans and animals because the value of life is only given to us once, and we are all equal.