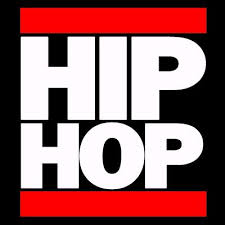 If you were to ask Mississippi Republican Senate candidate Chris McDaniel what he thinks of hip-hop culture, he’d say that it  values rap and destruction of community values more than it does poetry Senate hopeful McDaniel, along with many other governor officials, would blindly correlate the lyrics in hip-hop songs to a man going on a shooting spree in US public schools, or for planting bombs around a city. hip-hop is more than just a genre. If you ask someone who has engulfed themselves in the hiphop culture enough or someone who creates the music they’d say that hip-hop is music, dance, art, and dialogue. If you ask people who are uneducated in hip-hop culture you’d hear things such as ignorance, violence, and pestilence. If you ask someone who’s studied, loves, and appreciates hip-hop culture, you’d hear words like as aspire, desire, and inspire. hip-hop is meant to express not to suppress.

Many of the misconceptions that may have someone correlate hip-hop music and any form of violence may be because of the image and coverage that hip-hop music is given through thing such as news and social media. Arguably, one of the most momentous and memorable hip-hop moments in recent memory are the murders of rappers Tupac Amaru Shakur and Christopher “Biggie Smalls” Wallace. Many may look upon these deaths and see what they assume is a fair and balanced picture of what hip-hop is all about: murder, drugs, and money. LA Times reporter Mikael Woods states that the times of Tupac and Biggie, although not completely, are over. The deaths of these two icons, along with the turn of the century, brought a new face to hip-hop music. Wood writes “At a moment in which the depiction of violence in other forms of media appears increasingly graphic, much of the conflict in hip-hop has moved inward, its players fighting battles of ideas and emotions. ” The Gangsta Rap movement that was headed by Tupac and Biggie in th late 90’s has come and gone and been replaced by more conscious lyrics by the likes of Common, Nas, Jay-Z, Kanye West in the early 00’s. Many may say that the music has no intellectual values due to the fact that many of the artists are uneducated or have a minimal education. Albeit, this may be true this fact can also be a testament to the hard work and dedication that these artists have for their crafts. A prime example is a rapper by the name of Nasir Jones, or, better known by his stage name, Nas. Nas left school after 8th grade against his mothers wishes to pursue a rap career. What he lacked in basic Math, English, and Science skills he made up for with his self-motivated studies in language and history, mainly pertaining to African American history. Nas even went as far as spending time reading the dictionary to expand his vocabulary that he could incorporate in his intricate, clever, and witty rhymes. Another very flawed argument is that rapping takes no skill whatsoever, when in fact, when done correctly, certain styles of rapping can be extremely difficult without knowledge in a wide variety of subjects and knowledge in how to manipulate language. Free styling, to even the most experienced rapper, can be difficult and near impossible, unless you’re name happens to be Mos Def AKA Yasiin Bey, a respected rapper who is exceptional at the art of freestyle rapping. Free styling can be a fun thing to do when you have time on your hands or it can be gritty and competitive. When free styling you must be quick on your feet and be able to access knowledge on everything you know within the blink of an eye. Therefore, the argument that “anyone can do it” is flawed and not very thorough.

Albeit, hip-hop music does present many questionable themes such as misogyny, drug use, over consumption of alcohol, and gang violence, and even praises them at times, these themes are only presented in mainstream artists music. Many people who understand hip-hop culture would not name these mainstream artists who praise these ideals as what hip-hop stands for. Many of these mainstream artists have underlying agendas that include fame and monetary and materialistic ideals rather than the passion, and expressionism, and love for the art that hip-hop culture was founded on in the 80’s. For every artist rapping about demeaning of women, praise of alcohol and drug abuse, there are 20 artists rapping about their struggles, and their successes, their lowest points and their highest points, their losses and their wins.

Today, we have artists such as J. Cole rapping about making it in the rap industry without having to sell drugs, and rapping about even though he has money he doesn’t feel the need to fix his crooked smile, Blu rapping about the struggles of being an underground independent artist, but he fulfillment of being able to rap for his love of the craft, and Nas who went from rapping about the slums of Queensbridge to rapping about the difficulties of being a father of a teenage daughter. Instead of sticking to the norm and remaining ignorant look for the good in all things. Don’t conform to the idea that hip-hop is riddled with ignorance and violence, go out and find the artists that resemble what hip-hop culture is really about; Highly Intelligent People Helping Others Persevere.