Cordoba, Argentina; A City in Trouble 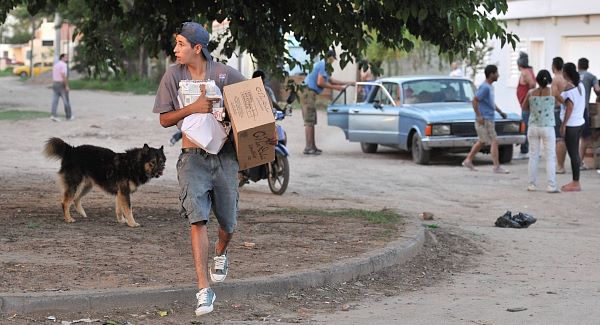 Do to a police protest in December 2013 that caused nothing but chaos there is stress on the streets of Cordoba, Argentina.

The police give us “justice” and make us feel secure on our streets but what happens when they start a protest and refuse to work until the government raises their salary.  About 12 groceries stores were robbed and countless other acts of violence occurred. Young people were even thinking it was cool to go steal things with out getting caught so they actually started making group invitations on Facebook to see who was interested in going with them to steal stuff.

Who is responsible here?  The Government for not paying the police enough money?  The Police for striking in the first place?  The citizens of Cordoba for responding with violence?

The city government should have reinforced and hired people who they know they would not do these kinds of things.  The police officers  put everybody’s lives in jeopardy because they wanted a higher paycheck. Being a police officer is not easy.  Even though most of us don’t like the police, we have to recognizance that they are there to keep everything in order. When the police stop doing their job, they need to be put on probation or be suspended for not doing what they were hired to do.

In this case the entire police force stopped working and the people could not police themselves. Ideally good government begins and ends with the decisions of its citizens.  Unfortunately people often make bad decisions and need others to help them  face the consequences.