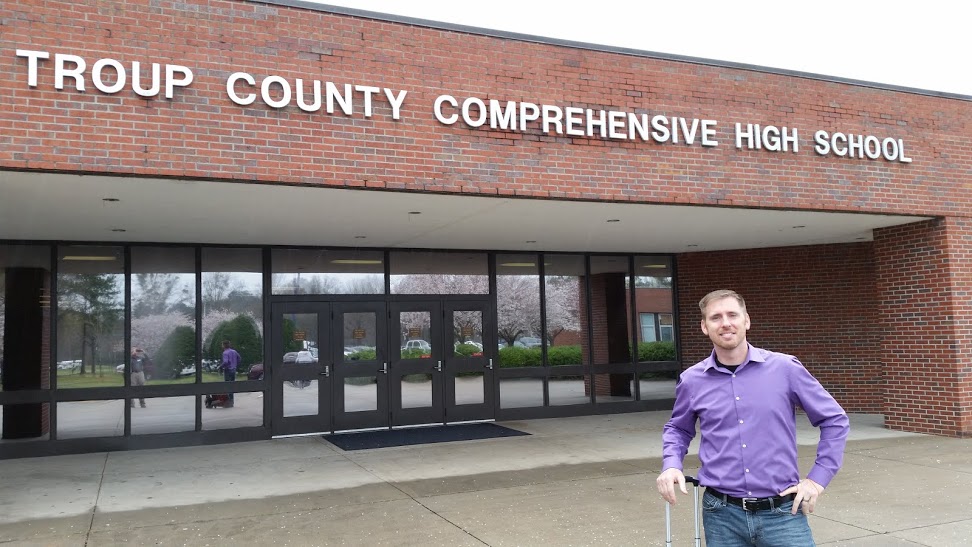 “It is unconstitutional and completely inappropriate for TCCHS to host a fundamentalist Christian speaker whose sole purpose and goal is the promotion of biblical creationism,” the letter, written by staff attorney Elizabeth Cavill, read.

“It is difficult for us to understand how this presentation could have been approved,” she wrote. “Your community undoubtedly includes many people who have professional experience … to discuss ‘critical thinking’ with students interested in debate, and whose presence would not violate clear constitutional dictates.”
In Lagrange, Georgia an atheist group is seeking an investigation into the presence of a recognized biblical creation leader and debater at a Georgia high school named Eric Hovind. Because he is a popular born-again Christian known to teach against evolution, atheists became upset with school officials for letting Hovind address students. Hovind says that his talk did not mention his faith nor did it include creation, but generally discussed critical thinking.
“These considerations evidence a clearly secular, and indeed laudable, purpose and not a religious one,” he continued. “In the setting of a high school debate class, allowing Mr. Hovind to discuss critical thinking was in no way a violation of the establishment clause.”
The values that stuck out to me in this story are compromise, liberty and privacy. I think that people, no matter what religious values should have the right to express their views on life. The first amendment states the freedom of religion. There should be more compromise. The privacy rights were poorly expressed in this article because it wasn’t fair that they based the quality of Hovind’s speech to his background. Why is it that the preconceived notions and beliefs of an individual with a Christian background be withheld in a critical thinking debate? Should atheism be considered a religion?  The first amendment gives us the right to think critically while allowing the opposite belief to speak as well.