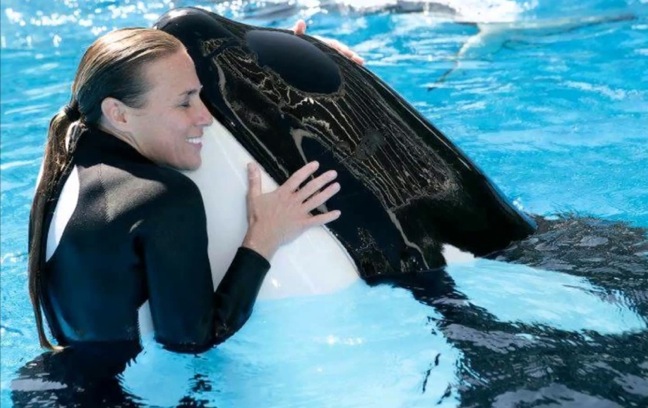 If you haven’t watched the documentary Blackfish, I suggest you do and educate yourself on whats really happening to the animals that entertain you at SeaWorld. Naturally, SeaWorld will do what they can to defend themselves. Point being, these large creatures should not and cannot be held in such small tanks. They’re not made for entertainment. I will admit that they are beautiful creatures and it’s a pleasure to watch them, but they deserve better.  “A California state legislator is proposing to ban the captivity of killer whales for entertainment at SeaWorld in the wake of CNN’s controversial documentary Blackfish”. The captivity of these Orcas for human entertainment must end. As of right now this bill will apply to San Diego’s location only.

I think it’s a good idea to put an end to the harm. The acts performed are selfish and thoughtless to these animals. The sooner it spreads to the other locations, the better. Fortunately, there are people out there who stand up for the rights of those who can’t speak for themselves.  It is a reminder that government works best when it takes the larger natural environment into account.