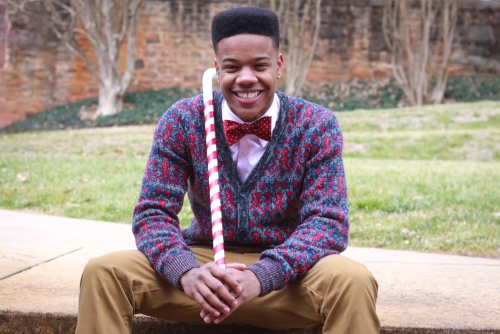 St. Patrick’s Day or as college students would like to call it “St. Patty’s Day” is well celebrated on college campuses. Students love to drink all day and that’s understandable when you’re at a school like University of Virginia until things start going down hill which is what happened to a third year student; Martese Johnson a black male. Martese Johnson was denied access to Trinity Irish Pub in Charlottesville, VA due to presenting a fake ID.

Fake ID’s are very common in college and kids get them all the time; but is having a fake ID enough to be beaten and bloodied to the ground by ABC enforcement? Witness say an ABC officer grabbed Martese by the elbow and short enough, Martese was on the ground begging for mercy. Two WHITE officers beat him to the ground and put in handcuffs for “resisting arrest, obstructing justice without threats of force, and profane swearing or intoxication in public”.

Martese was released on a $1,500 bond. That same morning, he also received 10 stitches due to a head injury. Was it ironic that two WHITE ABC OFFICERS (not even actual police officers) beat a BLACK male? This isn’t just something that is being shown on national television or anywhere because we are too used to it at this point but it’s happening around us.

What right did an ABC officer have to beat a young man who was not attacking him? All he did was show a fake ID? There could have been other alternatives to handle the situation, perhaps revoking his fake ID? Calling an actual police officer would have been a great idea, although no harm was done. ABC enforcement went above their authority to beat and arrest a young man who only had a fake ID. There should be equality in every race and culture, justice needs to be served for Martese Johnson.  When the values of truth and life come into conflict in this way I think the value of an individual citizens life is far greater than any lie he may be telling with his fake ID.

Below is a link to Martese Johnson’s arrest protest.