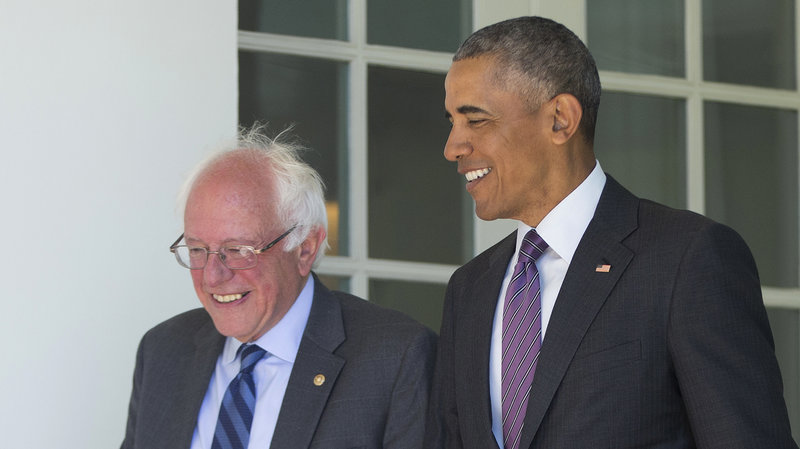 On the mind on many democrats at this point is when will Bernie Sanders give up his fight for the party’s Presidential nomination. A meeting with Bernie and President Obama took place today. At the request of Bernie, the two met to discuss significant issues at hand in this election that is most important to America’s working families. Obama made a recent statement on the tonight show with Jimmy Fallon saying that he has hopes that the democratic party will “pull itself together”. Obama is set to endorse Hillary Clinton in the future and is going to campaign for her. Several of Bernie’s colleagues suggest that it is time for Bernie to give up his quest for presidency. Others such as Vice President Joe Biden say Bernie needs “time” to make this kind of decision.

Bernie Sanders is on the line, and he should not be treated differently than other candidates. He should receive nothing but the respect he deserves until the end of the race.  Although, if Hillary wins the primary election by next week, I would not be surprised to see Bernie endorse and help campaign Hillary Clinton as they both have great democratic values that will benefit the country.  I can see these two working together especially after Hillary congratulated Bernie on an extraordinary campaign, she also noted that their intense debates about reduced inequality, and increased upward mobility have been very good for the democratic party, and America.