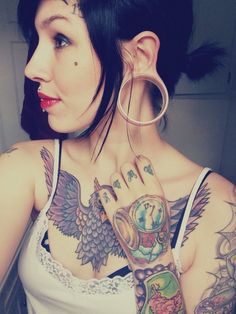 What do you think of when you hear that someone has stretched ears? If you’re an employer its probably negative. If you’re into body mod you would be excited, especially if they’re bigger than normal, you immediately want to ask them about their process and how long they’ve been stretching, what size they are, ect. Throughout history there was no negativity about stretches lobes; they were actually a sign of age and wisdom.

The oldest known record of stretched lobes was from Otzi the Iceman, who dates back to 3300BC. He had tattoos, and stretched ears, recorded to be over 0 gauge (over 8 mm). 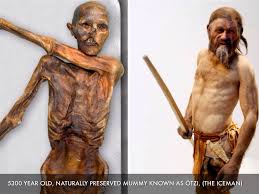 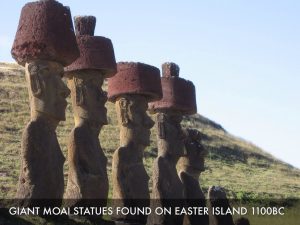 Another example is of the Buddha who is almost always shown with stretched lobes. The story of how he got to be depicted with stretched ears was because before he was Buddha he was a prince and his father made him wear large, lavish jewels that ended up weighing his lobes down over time. His father did all he could to sheild him from the hardships of the land, but once the Prince was exposed to them he gave up his lavish lifestyle and went to meditate under a fig tree and become Buddha, but left his ears as a symbol of his past. Now most figures of Buddha are depicted with stretched lobes, and Buddha is a highly acclaimed religious figure throughout the world. 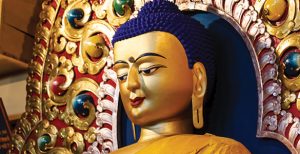 Stretched lobes were also found to be part of Mayan culture. The Mayans were suspected to use their stretches lobes as a way to invite spirits into their body. The spacers were typically made of high value materials like jade, alabaster, gold, or ceramic, again showing that it was of high rank to have stretched lobes. Mayan kings also tended to wear spacers made of gold, possibly as a way to honor the Sun and Corn God. Even now, modern Mayans carry on the tradition of stretching their ears, and many plugs made now are made to emulate traditional intricate Mayan plugs.

Stretched ears are now looked upon as a tacky practice done by angsty teens to push away the norm, or find themselves. But throughout history it was used as a sign of social status, high ranking symbol, beauty, and used in traditional ceremonies. I think stretching your ears is a journey because it takes a lot of time and a lot of patience to get larger lobes, and everyone has a different way that works for them to stretch. I love having my lobes stretched and my journey is far from over.

A Fleshed Out History of Ear Stretching