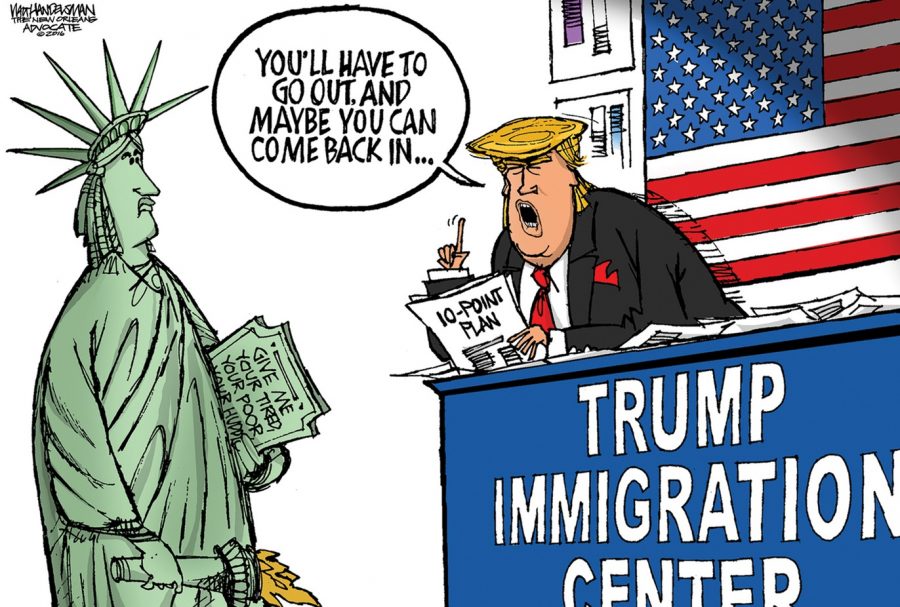 In 2015 the Republican party nominated one of its candidates for the Presidency. Mr. Trump was the chosen one to oppose the Democrats of President Obama and new candidate Hillary Clinton. Since he started to be a candidate he always has pointed at the immigrant people with a bad eye. He has said that immigrants are terrorists, and gang members. In a couple words they are a danger. He established or canceled many executive orders  that now threaten or to get rid of most of the immigrants in this country.

He has encouraged immigration raids. Now he staking away all of the executive orders that give legal status to people that enter this country for a better opportunity. Here are all the executive order for immigrants that he has cancelled:

-Now he’s trying to take away the health insurance help.

Throughout this time, he keeps saying that immigrants are taking American jobs. He also has said that immigrants are rapists, but he hasn’t been racist only with Hispanic people. He also is racist with Muslims because he ordered a “travel ban” from certain Muslim countries that he says are terrorist countries. He has said from the beginning that he will build a wall to keep immigrants away from the country and Mexico will have to pay for that wall. The Mexican president says that he won’t pay for any wall.

What is President Trump trying to do by kicking out all the immigrants? He; being a business man, should know that immigrants are the ones who keep the economy steady.