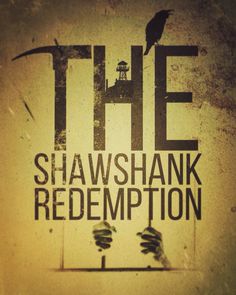 The Shawshank Redemption by Stephen King is book about how a man gets wrongly convicted of murdering his wife and her side piece.   This shows that even in court of law where there supposed to be justice and equality, instead corruption and bias ended ruining a man life. The book and later the 1994 movie continue to shed light on the issues of procedural justice in American crime and punishment.

The system failed him by not giving him a fair trail.  He was charged with murder of his wife based on the fact that he was the husband and she was having an affair and he found out.  Of course this would cause anger but it does not guarantee that he did it.  There was a broken bottle on the ground outside the house where she was murdered and it had the husband’s fingerprints on it.  The emotional bias of the jury ended up ruining his life by locking him up for over 20 years. This just shows how bias can effect the court of law and shows the system is always flawed because it is human. This means that we can never assume a decision is final and we should always be critical as we search for justice.  Procedural justice begins with police enforcement and investigation and it ends with court trial procedures and the presumption of innocence until proof beyond a reasonable doubt.

The story is about a journey of self awareness that eventually leads to Andy creating his own freedom by breaking out of and fleeing to Mexico. This book is an example on how you should never judge a book by its cover and that social injustices can effect a person’s life and their families

A recent example of the continued need for procedural justice in America can be found in the complicated leadership of now resigning Missouri Gov Eric Greitens (R) . Earlier thisyear he stayed the scheduled execution of Marcellus Williams, just hours before the death-row inmate was set to be put to death for the 1998 killing of a former newspaper reporter.

Williams’s looming lethal injection prompted scrutiny and a last-ditch appeal to the U.S. Supreme Court from his attorneys, who pointed to new DNA evidence in arguing that Missouri may have been on the verge of executing the wrong person.

Greitens said he would appoint a board to look into the new DNA evidence and other factors before issuing a report about whether or not Williams should be granted clemency.

“A sentence of death is the ultimate, permanent punishment,” Greitens said in a statement. “To carry out the death penalty, the people of Missouri must have confidence in the judgment of guilt.”

Williams, 48, was convicted in 2001 of brutally killing Felicia “Lisha” Gayle, who had been a reporter with the St. Louis Post-Dispatch. Gayle was in her home when she was stabbed 43 times with a butcher knife, according to court records.