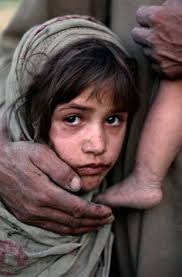 In Afghanistan women are the primary target when it comes to violence. Naheed Samadi Bahram is a  program director for Women for Afghan Women, an international women’s right organization. Bahrain is helping in the case for this young child. What is unusual about this case is that the young girl was the one to step forward and seek justice for herself. According to media reports, the rape occurred in May in the girls village, Kunduz. The suspect, Mullah Mohammad Amin, was a local mullah who taught the girls religious studies. One day in May he asked three girls to stay after class, including the victim, to help clean the Mosque. Amin then took the victim, tied her hands, taped her mouth, and raped her. The victim went home and was examined for rape, which was confirmed by a doctor. Amin was prosecuted under the Elimination of Violence against Women law, passed in 2009. Najia Nasim, country director for WAW said it was unusual to seek justice for cases like these because they usually aren’t reported or the case is never followed up because the women don’t want to bring shame to their family, some are not aware of the law, and others don’t trust the government.

Last Saturday the victim faced her perpetrator in court. With a scarf covering her face she wept most of the time. Amin admitted to having sex with the young 10 year old but tried to persuade the court that it was strictly consensual and the victim seduced him. The victim reacted strongly to that statement and then spoke in court. Crying the victim said, “You are a liar… I never loved you… you forced me to do this, you ruined my life… God will hate you for what you did to me, he will punish you.” Amins lawyer proposed he should be given 100 lashed as punishment but the judge denied, giving Amin a maximum of 20 years.

After the trial Naheed Samadi Bahram said,” To some extent this is a victory, but we still have a long way to go.”