Businesswoman declares herself “the owner of the sun” and wants the world to pay her for Using it. 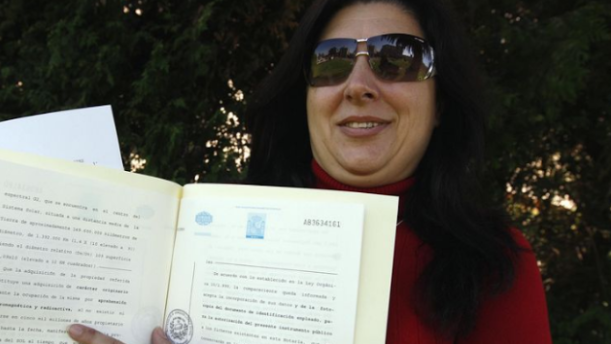 An unbelievable story but true! A businesswomen from Spain declares herself to be the owner of the sun and wants the humanity to pay her for the use that we give to it. As we know, want it or no we all use sun light, it is a vital energy source for literally everything (alive or not alive) that exist in Earth. Now, imagine that we have to pay for using the energy of the sun, how much longer for an owner of oxygen, water, etc. is going to appear and we will have to pay for things like breathing. I know this sounds ridiculous but basing us on this story it might happen.
The Spanish Angels Duran, from the Galician city of Vigo, went to a local lawyer to fulfill her most intimate desire: to be the owner of the Sun.

The professional businesswoman, after consulting with the Professional Association of Lawyers, acceded to the strange request in a document (“acts of demonstrations”) in which it can be read: “I own the sun, spectral type star G2, The center of the solar system, located at a mean distance from the earth of approximately 149,600,000 kilometer.”

Here is a comparison of Earth with the Sun that Ms. Angels Duran “Legally” owns now. 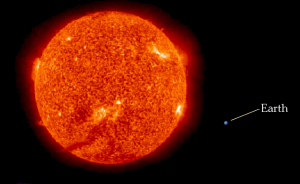