The Presidential Cabinet and Human rights 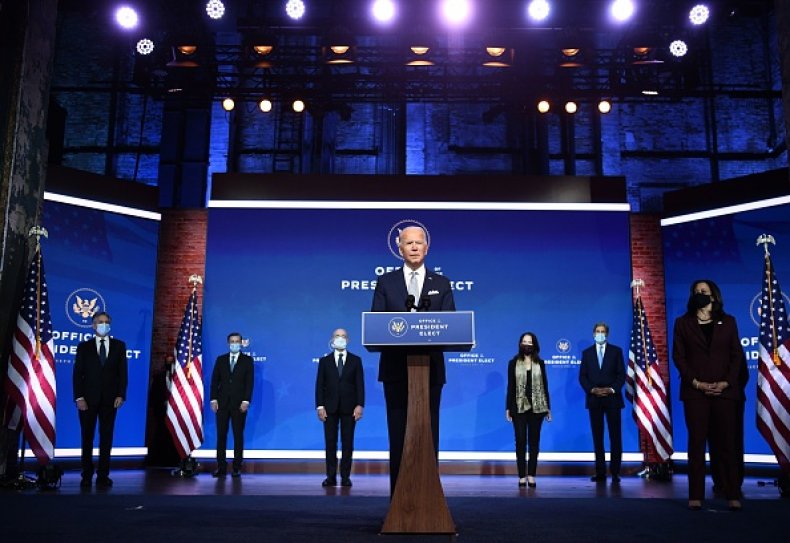 The Cabinet’s role is to advise the President on any subject he or she may require relating to the duties of each member’s respective office. President Biden has chosen many different faces. President Joe Biden’s Cabinet includes Vice President Kamala Harris and the heads of the 15 executive departments the Secretaries of Agriculture, Commerce, Defense, Education, Energy, Health and Human Services, Homeland Security, Housing and Urban Development, Interior, Labor, State, Transportation, Treasury, and Veterans Affairs, and the Attorney General. 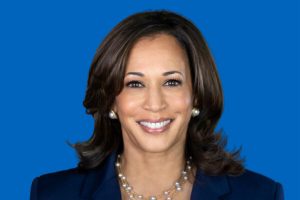 Vice President Kamala Harris   is the first female Vice President.  She also represents the diverse culture of America as she is of mixed race.  More importantly Vice President Harris has the experience and education to lead showing that women in America are as equally qualified to be President as men.  There has not yet been a women President but Kamal Harris is in a position to make that a possibility.  Her job is to represent the office of the Presidency and support President Biden as a leader.  She can be made President if Joe Biden was not available to lead or if he died in office.

In Case of the Removal of the President from Office, or of his Death, Resignation, or Inability to discharge the Powers and Duties of the said Office, the Same shall devolve on the Vice President, and the Congress may by Law provide for the Case of Removal, Death, Resignation or Inability, both of the President and Vice President, declaring what Officer shall then act as President, and such Officer shall act accordingly, until the Disability be removed, or a President shall be elected. – Article II, Section 1 of the U.S. Constitution

Like many of us , I did not know the positions of the Presidential Cabinet and I did not realize how executive departments advise the U.S. President.  Below I will show my research summaries of each of the Cabinet departments.  President Joe Biden a very diverse but experienced cabinet of advisors.  President Biden wants to show the American citizens that everybody matters.  In the face of racism and sexism in our society the cabinet has members of different ethnicites and genders.  They are all highly qualified with experience and education but they were also chosen to send a message of unity and justice to American citizens and the world.

Antony Tony J. Blinken is secretary of state in the Biden administration. He takes on the existential threat posed by climate change and stands up for democracy and human rights.

Dr. Janet Yellen is the secretary of the treasury in Biden administration. She served on the Board of Governors of the Organization for Cooperation and Development (OECD) and as a professor at UC Berkeley, Harvard University, and the London School of Economics and Political Science.

Lloyd Austin is the secretary of defense in Biden administration. He takes many challenges facing our country, the most immediate of which, in his view, is pandemic.

Merrick Garland is attorney general in Biden administration. He  served as an Article III federal judge on the United States Court of Appeals for the District of Columbia Circuit. He joined the court in 1997 after being nominated by President Bill Clinton.

Debra Haaland is the U.S. Secretary of the Interior. She assumed office on March 16, 2021. Her current term ends on January 20, 2025. Haaland Democratic Party an for re-election to the U.S. House to represent New Mexico’s 1st Congressional District. She won in the general election on November 3, 2020.

Thomas James “Tom” Vilsack is the secretary of agriculture in the Biden administration.

Gina Raimondo is the secretary of commerce in Biden administration. Governor Raimondo has expanded clean energy jobs and put Rhode Island on a path to achieving 100% renewable energy. She will be a key player in helping position the United States as an exporter of 21st century products and leader in the clean energy economy.

Marty Walsh is secretary of labor in Biden Administration. Mayor Walsh has worked tirelessly to rebuild the middle class, create a more inclusive, resilient economy, and fight for workers in his hometown  including fighting for a $15 minimum wage and paid family leave.

Xavier Becerra is secretary of Health and Human Services. His current term ends on January 20, 2025.

Marcia Fudge is the secretary of housing and urban development in Biden Administration. A former mayor of Warrensville Heights, Ohio, and past Chair of the Congressional Black Caucus, Congresswoman Fudge is a longtime champion of affordable housing, urban revitalization, infrastructure investment, and other reforms to enhance the safety, prosperity, and sustainability of American communities

Pete Buttigieg is secretary of transportation in Biden administration. He helps people to travel places safely.

Jennifer Grand is the secretary of energy in Biden administration. She focus on three missions, first the security of America through the National Nuclear Security Administration and clean-up of Cold War legacy, ensuring

that we can protect our nation. Second, supporting the amazing scientific work being done at the DOE’s 17 National Labs and other facilities across the country, including on climate change and emissions reductions. And third, taking that research to scale, deploying it to create jobs for Americans.

Miguel Cardona is the U.S. secretary of education in the Biden administration. He is responsible for dedicated public school teacher leading the way at the Department of Education ensuring that every student is equipped to thrive in the economy of the future, that every educator has the resources they need to do their jobs with dignity and success, and that every school is on track to reopen safely.

Denis Richard McDonough is the secretary of veterans affairs in the Biden administration.

Alejandro “Ali” Mayorkas is the U.S. secretary of homeland security in the Biden administration. He manages the the Department of Homeland Security, fundamentally, a department of partnerships. To combat the threat of terrorism the Department must work with our international partners, other federal agencies, state, local, tribal, and territorial governments, and our Nation’s noble first responders.

Michael S. Regan is the administrator of the Environmental Protection Agency (EPA). Regan has served in the EPA under both Democratic and Republican presidents and has a distinguished track record of bringing people together across the public, private, and non-profit sectors to advance environmental justice and seek solutions to environmental and climate challenges.

Avril Haines was confirmed by the U.S. Senate as the director of national intelligence on January 20, 2021. Haines is the first woman to serve in this post.

Avril Haines  is the U.S. trade representative in the Biden administration. Tai is a dedicated, deeply respected public servant and veteran international trade expert who has spent her career working to level the playing field for American workers and families.

Linda Thomas-Greenfield is the U.S. ambassador to the United Nations for the Biden administration.

Cecilia Rouse is the chairwoman of the Council of Economic Advisers nominee in the Biden administration. She focus on average outcomes.

Isabel Guzman is the administrator of the Small Business Administration in the Biden administration. She helps us to  emerge from the most inequitable economic and jobs crisis in modern history by building an economy where every American is in on the deal.

Eric Lander is the director of the Office of Science and Technology Policy. His role in helping us map the genome pulled back the curtain on human disease, allowing scientists ever since and for generations to come to explore the molecular basis for some of the most devastating illnesses affecting our world.

Ron Klain is the White House chief of staff and assistant to the president in the Biden administration.

There are many inequalities and injustices in our world.  People suffer from poverty all over the world. Our environment and our global resources are limited.  We need to lead as global citizens because we are all in this together.  The United Nations has these 17 global goals to create a better world for our people. If they are doing their job correctly, each of the advisors in the American Presidential Cabinet are responsible for each of the global goals.  When you see their responsibilities it is clear that they match the responsibilites of all citizens and leaders discussed in the 17 goals.  The Presidential Cabinet reminds us that together we can be the solution to Human Rights problems in our world.