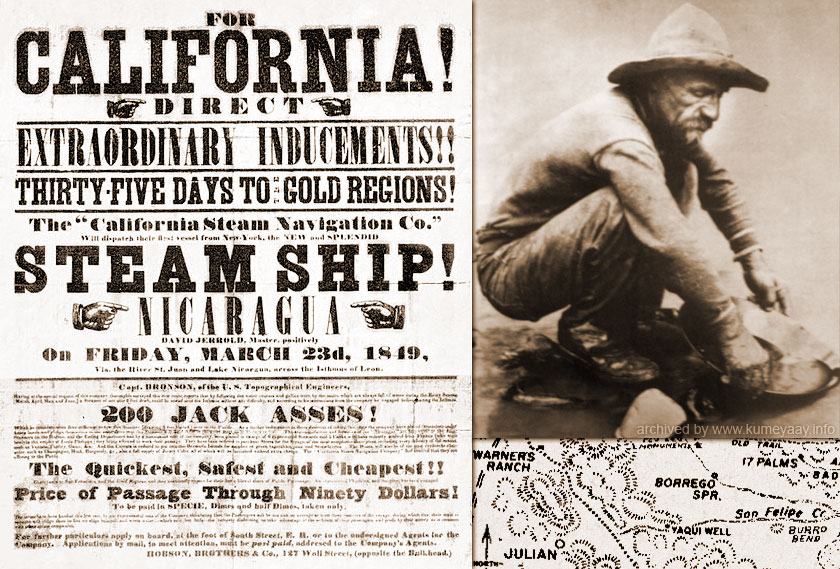 The California gold rush started on January 24, 1848 when James Wilson Marshall found flakes of gold dust in the American river near Coloma. Soon after the discovery the state of California fell into the control of the U.S. after the signing of the Treaty of Guadalupe Hidalgo. Word soon got out about gold being found San Francisco, and by August, 4,000 miners had rushed to the area to look for gold of their own. The mining c0ntinued throughout the 1850s but reached a peak in 1852 when around 81 million dollars worth of gold was pulled from the ground in one year. Although the California gold rush did not last long in terms of years, it had a lasting impact on California and the whole country.

The California gold rush had a lasting impact on the country because it drove so many people to the West that it jump started industry and created mining towns overnight. Levi jeans where created specially for miners because denim was tough and held up to the rigorous work they had to do. Levi brand jeans are still around today and are even one of the most prominent brand of jeans in the country. Many of the miners must have left their families at home to pursue their dreams of striking it rich. This leads me to wonder what happened to all the women and children left behind when the men left. The idea of striking rich on gold must have been too much for the people to resist, especially since so many people where successful. If I where alive at the time, I am sure the idea would have sounded alluring to me as well. All the activity in California definitely sped up its process to be annexed into the U.S. and boosted industry and population in the west.