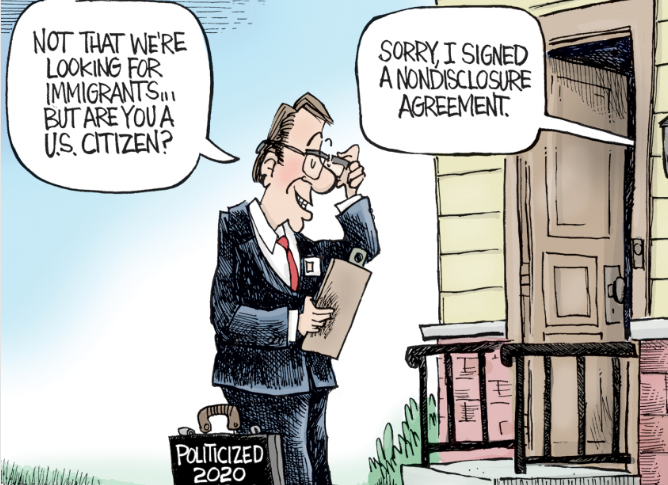 The upcoming census has already raised some eyebrows with a small but VERY important question….”Are you a U.S. citizen?”. It’s a little weird for a United States census to ask such, assuming all that live here are citizens; BUT, that isn’t the case here obviously. If you were to ask me, I’d say that it’s a trap to lure in immigrants, given the nature of our president’s beliefs and even past attempts to rid us of them. Now, I won’t COMPLETELY get on old Donnie, cause it would honestly be just foolish to answer the question if you aren’t. Sadly, though, people are gonna think of this as their chance to gain Citizenship, and blindly follow along. This is a possible tragedy for those who don’t or barely speak/understand English, for they will check the YES box and be grabbed away by ICE, never to see their families again. I saw this happen MYSELF as a hometown immigrant man was dropping off his daughter, and IMMEDIATELY AFTER he was out of her site, SCOOPED by Trump’s “Terror Soldiers” aka ICE agents. I am interested to hear your perspective on this .  What do you think about the proposed citizenship question on the 2020 census.  Is it a fair question to ask when the census is meant to simply count the people?