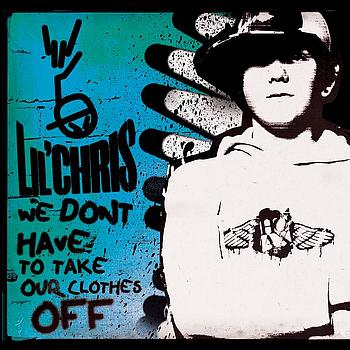 Youth culture has changed greatly since the 1960’s. Music, behavior, dress, spending money, and enjoying their free time were all different back then. Also back then there was not a lot of media. People had only television and record players. Now we have many things different from the 1960’s. Now we have phones, more fashionable clothes, bigger color TV, sports like soccer and basketball. Free time and spending money is different, too.

I interviewed Ms. Ellen Fay, a counselor in Mountain View High School. I saw how many differences there were between Youths from 1960’s and now. She told me that she was working when she was 16 years old and spent her money on going to the movies and White Castle. In comparison, many youth now spend their money on fast food, cigarettes, clothes, and drugs. Now I can see it’s really different between both.

Next, I asked her about spending her time with her friends and how she acted with them. She said that every Sunday she would go to her father’s mother house, and spend time there. She would also do her homework, talk to her friends on the phone, and go out to dance a lot with her friends. Another thing she told me was that she was not open to talk about sex, even with her close friends. In contrast, the youth now don’t go to their families’ house often, they are always texting even if their friends or family is around them, and play PlayStation always. That is how most of today’s youth now spends their time. Also, talking about sex is nothing important and everyone is open to talk about it.

Finally, I asked her questions about spending money on clothes, playing sports, and what kind of media they had. She replied to my questions that she didn’t really spend money on clothes because her parents bought her all the clothes she needed. Also, she said they didn’t really have that many sports at that time. There was only baseball, the most popular game that people watched that time. Ms. Fay told me that they got their TV when she was five years old and they didn’t have that many channels, only a few. They listened to their record player that they had. Youth today has more opportunity and media because everyone has their own cellphone and has iTunes, YouTube, and other media that wasn’t use in 1960’s. Also, kids now spend a lot of money on clothes, and sports are now more interesting and more prevalent than back then. In the 1960’s there was only baseball, but now soccer, football, tennis, and basketball are popular.

Therefore, after my counselor at Mountain View High School answered my questions about youth culture, I see how the media influenced our community 1960’s until now. Everything was different between youth now and back then, including clothes, sports, interacting with friends, spending money and time, and listening to music. All that shows me how youth are different in so many ways. In my opinion, the youth in 1960’s were better than the youth now because they respected each other and their family more. Now, not many have that respect. Also more youth now get involved in smoking and drugs than back in the 1960’s.