Citizenship and The First Amendment; A Balance of Power 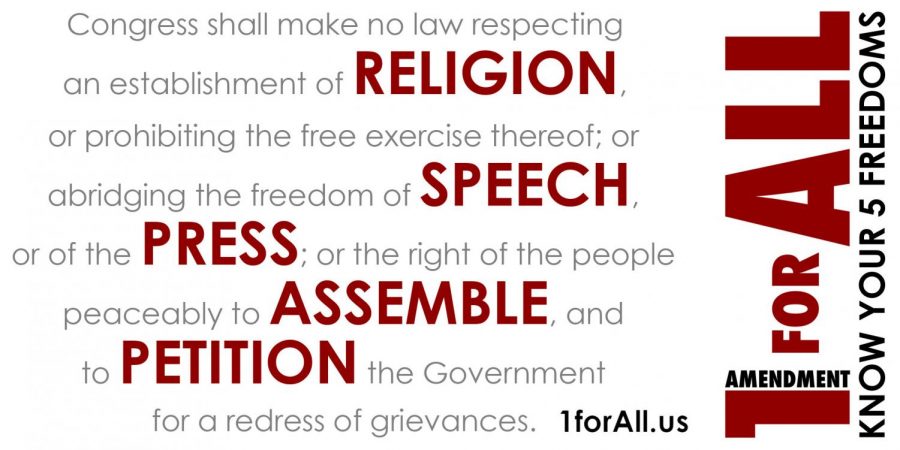 “Congress shall make no law respecting an establishment of religion, or prohibiting the free exercise thereof; or abridging the freedom of speech, or of the press; or the right of the people peaceably to assemble, and to petition the Government a redress of grievances.” -September 1789

What is the first amendment?  The first amendment is a list of five civil rights in the U.S. Constitution.  The rights are known as five freedoms; the freedom of religion, free speech, free press, free assembly, and freedom to petition the government.  In September 1789, the first Congress of the United States assembled inNew York City to ratify the U.S. Constitution with the first 10 amendments. The first Congress was composed of educated men representing the 13 original states. These representatives wanted a democratic republic with a balance of power.

The leaders and representatives from the state of Virginia had some very important ideas about the balance of power; they believed in rights and responsibilities.  George Mason was the author of the Virginia Bill of Rights.  His ideas helped create the National Bill of Rights known as the first 10 amendments.  James Madison was from Virginia also.  James Madison is known as the father of the Constitution because he was the main secretary organizing the ideas. The Virginia military leader George Washington was elected to become the nation’s first President by representatives from each of the 13 states.

A democratic republic is formed when the people give the government the power by voting.  The people have a social contract with the government. The Constitution begins with “We the people”. The foundation of any strong democracy is the education of its citizens because the people are both the source and the balance of power. We the people of Mountain View represent the diversity of global culture present in the United States today.  Here is what we know and think about our first amendment rights and responsibilities.

What I understand about the first amendment to the constitution is that it gives citizens five freedoms. The freedom to believe in a religion is also the freedom to not be subject to religion.  We are free to go to the church that we want and we are free to choose not to go to any church.  We have the right to freely assemble and study in the school that we want.  We entrust ourselves to one another in a social contract.  We need mutual respect and listening as much as free speech. If we have a problem with the government then we have a right to petition so that the government will listen as we find a solution together.  One Question I have is; How do we make certain that all citizens comply with the laws of the constitution?    – Carlos

We all have the rights, we are human beings and some rights are naturally human rights.  We can be free to think and believe in our own ideologies. There are different cultures, therefore we think differently, but they are all respected. The United States is strong because it listens to good ideas from around the world.  “We the people” become stronger when we welcome immigrants.  – Lucrecia 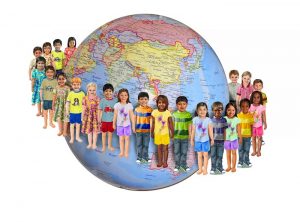 We all have the right to choose government, as well as to express ourselves freely. It is important for every human being because this way we are respecting the constitution . For me the right to express myself has helped me to be able to say what I feel and think without being disrespectful to others. Being thus all citizens we can have a healthy relationship since we all respect each other. -Gary

The U.S. Congress does not prohibit having a religion and the freedom of expression that we can dress as we want, create our own style, live our own culture or whatever we want to do.  We also have the right to request the government to repair their actions and insults that offend a person, for attacking his or her dignity. Especially when it is unfair. – Nicol

Freedom is very important but it is not absolute. Being free means being able to express what you feel without being afraid of what might happen to you by saying your ideas. Freedom is not absolute because it always comes with consequences and responsibilities.  The legal responsibility of our rights is what gives them authority. – Leo

Citizens protected by the Constitution can be free and have many rights but to protect them they must use them with responsibility.  -Saul

I learned about the holiday of Rosh Hashanah.  It is a most holy day  for Jewish people. It is on 9/16. The founding fathers were not Jewish but they prepared the nation to accept religions from around the world.   In America  you need to know about all the religions because you will meet people from every religion and culture around the world. – Omar

I learned about how important freedom is. For example being free means being able to express what you feel without being afraid of what might happen to you by saying your ideas. – Leonel 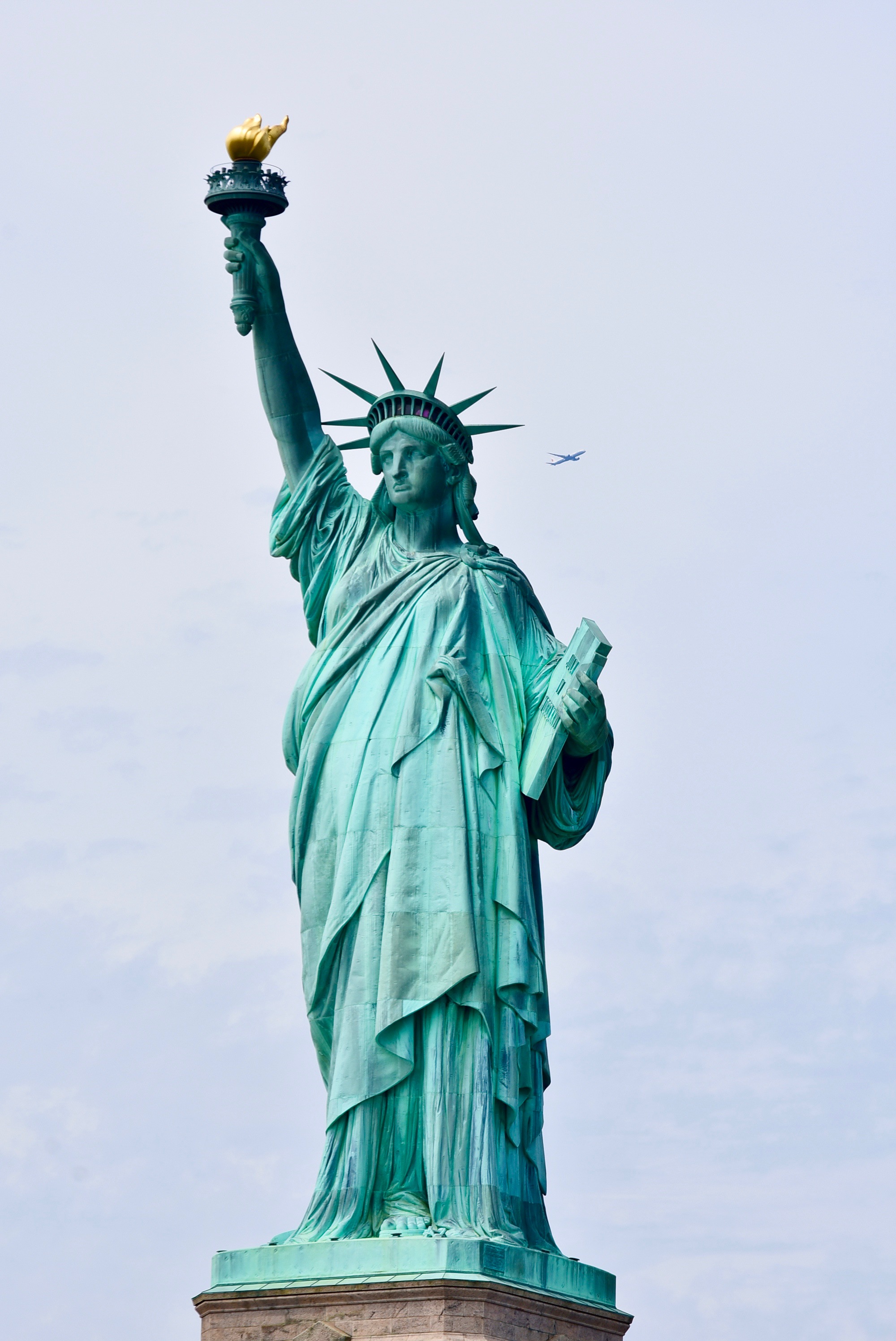 We are free to give our opinions to dress. How we want to choose the religion, that we like and meet (assembly) with people no matter the social class, this is freedom but we also have responsibility. Responsibility means that we must respect the rights of others. – Berlyn

I learned in this class that we have  freedom but what is freedom form? Freedom is  generally having the ability to act or change without constraint. Something is “free” if it can change easily and is not constrained in its present state. At a subjective level, freedom is often associated with one’s ability to meet their needs, wants and aspirations. – Angel

In government I have learned about the first amendment, a set of rights for the citizens of the United states that gives you freedom of speech, religion, petition, press, and peaceful assembly, everybody that lives in US has the freedom to practice any religion that’s why people prefer the us to live in 47 millions immigrants are living in the US up to this day. – Sabdi

As citizens, I learned about the first amendment, all of the details about it and when it was originally written and who was the fathers of the Constitution. At the same time we learned about the freedom of speech, religion, press, peaceful assembly and petition. (The Bill Of Rights) In the First amendment the government can’t handle the lives of each citizens because each citizens are devoted of freedom and the First Amendment… – Franklin

The First Amendment has 5 freedoms.  There are many things to talk about, but in my opinion one of the most important rights in the First Amendment is the right to press. Because each one has a different way to think and different ways to solve the problems. This right allows you share your ideas, learn about it, and how to add information to your thinking concept. That is a great right, because many countries miss it, and people in those countries need it as in my home county. – Tariq Aldalou

The freedom of expression through social media comes with responsibilities.  In September 1789, the first Congress of the United States could never have imagined the technology of communication that we have today.  As they assembled in New York City to ratify the U.S. Constitution and the first 10 amendments they were creating a flexible law that would adapt with the changing times. Freedom of the press and freedom of speech is a power that is global today and it is present to all individuals when they have a cell phone or use online media.  Just like we have a responsibility to speak without bringing clear danger to others in our presence, we need to be aware of the hidden dangers on social media. – Hoang

I learned that the First Amendment emphasizes the fact that the five first civil rights of people are all about the freedom to express themselves in a controlled manner; which will help make us grow as one nation, and branch out ideas that will extend our reach in new topics. – Richard

The first amendment is important and debatably the most important amendment when it comes to having a stable democratic government because it’s the blueprint to having personal liberty. – Carlos M.

I learned that in the first amendment it protects your rights to religion; meaning you can be of any religion without being excluded or segregated. – Amr

The first amendment is in the U.S Constitution and is very important because it prohibits any law limiting freedom with respect to religion, expression, peaceful assembly, or the right of citizens to petition the government. This means that the people are protected from the government and that the government is limited by the people- Antonio Romero

An example of the 1st Amendment is the freedom of religion. The freedom of religion is protected for all Americans. I have definitely had my doubts and questions about religion, but the fact that I am free to choose and learn my own religion definitely does make things easy and stress free. In many countries and cultures, you must follow a set religion or there could be severe consequences. However, in America you are free to practice and follow any religion you please, and many establishments or corporations even recognize lots of religious holidays. In fact, you can even choose to not follow a religion. If I lived in a more 3rd world country of some sorts, my journey through religion may have been a lot more stressful and mentally draining. – Z

In our modern world there is a simple yet complicated tool that we use today that our founding fathers couldn’t even imagine. The power of social media is powerful enough to change a person’s view on any topic and can be used to spread information. Social media may be powerful, that’s why we need to be careful when accepting and giving information, because you can’t assure that all information is written truthfully. We should show balance in our intake and output of information in order to become truthful with information and make social media a source and tool of education.  We can not rely on the government to regulate the online world; it is a responsibility that we all must have as digital citizens.  The first amendment is only as strong as the awareness of citizens to protect it by using it with responsibility.