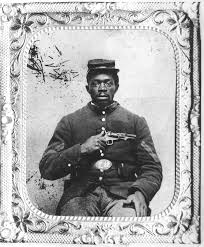 The civil war that made an image we wont ever forget and its stories will live on. Lincoln won election in 1860 as the first Republican president and with him came new slave laws. The word spread out, of uncompromising differences between the free slave states and none free states. This two groups fought over the power of the national government to either prohibit slavery or not. This brought disappointment in the slave states. The event that triggered the war came at Fort Sumter in Charleston Bay on April 12, 1861 claiming The United States fort as their own. The Confederate army on that day opened fire on the federal garrison and forced it to lower the American flag in surrender. Once even slave states in the deep South seceded and formed a new nation called The Confederate States of America. Lincoln called upon its militia, an army from the north who raged upon a such stupid believe to rebel. The northern states united and held together with their president even if some states seceded, including Virginia. At the end the Union united the country and brought peace and balance among the people of the united states.