Water scarcity can lead to conflict

What is Water Inequality?

Water inequality is the problem that many people face around the world in accessing fresh drinkable water because of geographic, economic, and political conditions.  It is important to remember that there are not enough resources for all people around the world. This reality is called resource scarcity and it drives economics in the world. Some specific resources we can live without; such as certain plants or animals and even certain energy sources.  Some of the resources are necessary for human life.  We would literally die if we did not have access to them. We must preserve essential resources and distribute them with balance if we are to protect human rights.

One important challenge continues to be providing access to clean water for all people.  There are strong and wealthy countries on each continent; like the USA in North America, Germany in Europe, Saudi Arabia in the Middle East, Nigeria in Africa or China in Asia.  These countries can use their wealth for technologies that serve citizens.   Each of these wealthy nations could make anything, all of them have great power, at the same time none of them completely solve the inequality of safe water. We will not solve the problem of inequality but we can do better by creating more sources of clean drinkable water worldwide.

What are the causes of problems with water inequality and water pollution?

Water is one of the most important resources. Currently, the wealthiest countries of the world provide clean water by a network of underground pipes transporting clean purified water from both natural sources like lakes and rivers as well as from water treatment and storage facilities.  The plumbing network also carries wastewater away to treatment facilities or sometimes straight back into natural sources.  Even in the wealthiest of countries like the USA this network of plumbing delivering safe drinking water and sanitation does not reach every citizen.  The World Health Organization is an international organization supported by member nations to promote awareness and access to resources for overall global health.  The facts below are presented by the WHO.

In 2017, 71% of the global population (5.3 billion people) used a safely managed drinking-water service – that is, one located on premises, available when needed, and free from contamination.

90% of the global population (6.8 billion people) used at least a basic service. A basic service is an improved drinking-water source within a round trip of 30 minutes to collect water.

Globally, at least 2 billion people use a drinking water source contaminated with faeces.

Contaminated water can transmit diseases such diarrhoea, cholera, dysentery, typhoid, and polio. Contaminated drinking water is estimated to cause 485 000 diarrhoeal deaths each year.

By 2025, half of the world’s population will be living in water-stressed areas.

In least developed countries, 22% of health care facilities have no water service, 21% no sanitation service, and 22% no waste management service.

These statistics must change if we are to protect world peace in the future.  In some regions, water scarcity can lead to conflict.  Examples of this problem can be found in North Africa and the Middle East.  Ethiopia, a nation upstream from Egypt, wants to build a dam on the Nile River.   This will lessen the flow of the Nile into Egypt.  This disagreement over the very important but scarce resource of fresh water is leading to conflict.
“ We are ready to make a war with anyone who threatens the national security of the water of the Nile River inside Egypt” = Egyptian President Sisi
LINK: ‘Means our death’: Egyptian farmers fear the effect of the Ethiopia dam 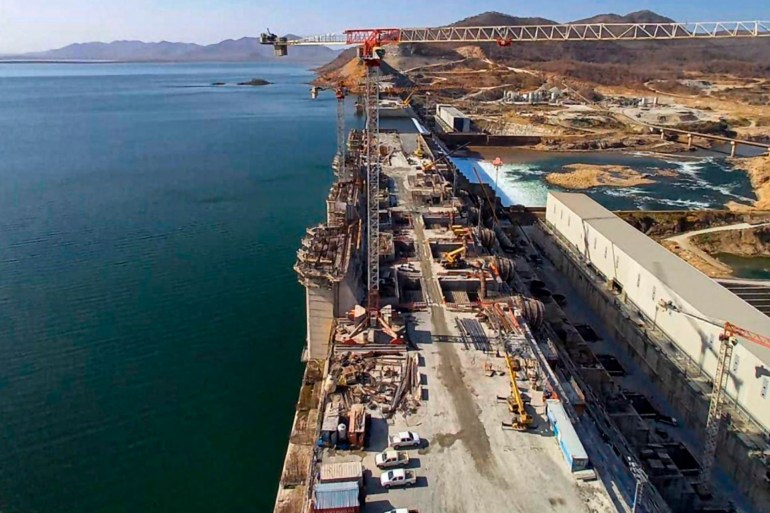 Desertification of the land

Lack of infrastructure for plumbing

The Problem exemplified in the United States
Water inequality exists everywhere. In local Virginia rivers such as the Shenandoah river, which eventually flows into the Potomac directly past the nation’s capital there is a problem with both physical and chemical contamination.   Search here for examples of the problem in Virginia.  A huge and now famous crisis began in Flint, Michigan in 2014 and went on up until 2019, this crisis was based on the pollution of thousands of citizens’ water.  Unfortunately these citizens were largely urban poor.  This shows that water inequality can be rooted in social class issues,

Below is a summary of The Problem In Flint, Michigan https://www.nrdc.org/stories/flint-water-crisis-everything-you-need-know

The Flint River has long been used for industrial waste.
People have been dumping chemicals, sewage, chemicals and road salt in the Flint River for more than a century.
Flint, Michigan is the birthplace of General Motors Car Manufacturing.
The Flint River actually caught fire on occasions when chemical buildup was severe.4
The population has declined over time and is now 100,000 people.
Most are African American and 45% live below the poverty line.
Almost 20% of the homes have been abandoned.
The city came under state control in 2011 because it did not have money for basic services.
The state transferred the water source from Lake Huron to the old, cheaper, more direct flow of old pipes out of the contaminated Flint River to save money.
Nearly 20% of Flint homes registered unsafe or extremely unsafe water in their pipes.

In the United States, laws were passed in 1986 and 1991 dealing with the use of lead in plumbing pipes.   Lead piping was first banned in 1986 and secondly testing and treatment of contaminated water was required by law in 1991.  As of Feb. 2019 the city of Flint Michigan is still working to resolve the issues of lead contamination.  The United States at least has wealth and democracy to bring solutions to these problems but these solutions take time.
Global Examples; the most polluted waters around the world

Compare any Nation in size to the USA: LINK

Ganges River and Yamuna River both in India are the world’s most polluted rivers. The Ganges river contains more than one billion gallons of water. While the Yamuna river contains about 85 percent of the pollution that is caused by industrial sources.  India is the most densely populated democracy in the world.  The Government strives to serve the needs of a wide range of people from very wealthy to very poor.

The Ganges river is well known through history and sacred to the religions of India.   It provides water to half a billion people.  This is the most water supplied to the most population by any single river in the world.  In addition to industrial chemicals the most serious pollutant comes from raw sewage.  Since the river flows from the Mountain valleys in the north southward directly through 11 states and the capitol city region of Delhi it is used for every human need imaginable.  Making this river water sustainable is a high priority for the people of India.

Experts link pollution in the Ganga and other rivers to India’s high rate of waterborne illnesses, which kill an estimated 1.5 million children each year. Researchers have also discovered the emergence of so-called superbugs in Ganges water samples, bacteria resistant to most commonly used antibiotics.  LINK

A $3 billion dollar cleanup effort was launched by the Hindu run government in 2015 but it is being stalled by government bureaucracy.  The biggest problem remains low water flow because of too many dams.  If the water had more natural flow then the pollutants would be much less concentrated.  Since the problem is multiplied by all the different uses of the river from religious to basic livelihood, the solution must be approached through many different avenues as well.  Public awareness and small changes in actions and attitude can be multiplied by the many people who use the river.

A Failure of State in Lebanon:  by T

Litany river the longest river in lebanon. The pollution there increased the cancer cases incredibly, especially on the young people most of them Syrian refugee who lives in the camps close the river

The cancers have been linked to heavy river pollution. Raw sewage and waste from nearly 1,000 factories, slaughterhouses and quarries have been pumped into the Litani for years — while the authorities until recently turned a blind eye. Despite its stench, the water is used for drinking supplies and irrigating crops which feed the population.

The failure of the Lebanese president and his unapplity to create a government led to a huge inflation on the money value inside lebanon. The Lebanese citizens are losing their jobs and the number of people who are moving from houses to camps is increasing. People who are living in camps prefere to locate their camps near a river or a lack to decrease the money and time  spending. The huge change that is occurring in Lebanon and especially beside the Litany River punching the situation to the worst side toward the chemical water  pollution, and until this moment there is no plan or even idea to find an efficient solution. LINK

Tietê river in São Paulo, Brazil runs 1,150 km long and Pinheiros is its most contaminated tributary. While most of the river is polluted due to domestic causes, various efforts are on to clean it up. Image credit: Eurico Zimbres/Wikipedia  LINK

The 1,100 km Tiete rises near the coast, passes through the state capital and flows on to Sao Paulo’s western border, where it joins the Parana, a tributary of the Plata. The Barra Bonita reservoir retains part of the algae that feed on nitrogen and phosphorus in the sewage.  As the study shows, filtration of the Tiete by this series of dams allows more light into the water, which is oxygenated and converts more organic matter from pollutants into inorganic matter, eventually becoming transparent.

What is necessary to solve the problems caused by water inequality and water pollution?
What is the United Nations doing to help?

In 2015, world leaders agreed to 17 Global Goals (officially known as the Sustainable Development Goals or SDGs). It’s now six years on, and we have more work than ever to do. These goals have the power to create a better world by 2030, by ending poverty, fighting inequality, and addressing the urgency of climate change. Guided by the goals, it is now up to all of us, governments, businesses, civil society, and the general public to work together to build a better future for everyone.

What global goal will address our problem with water inequality?

How can governments and citizens act?  What are some target actions to achieve the Global Goal?

From the government angle,  citizens’ awareness of the problem and the responsibility we all have in finding solutions is most important. We are all affected.  These major global problems like water inequality and climate change are all interconnected.  If the icebergs are melting into the salty seas due to climate change then this is reducing overall freshwater supply globally while changing weather patterns to create more extremes.  These weather extremes can do damage to existing freshwater environments.

We have known throughout history that money is power.  The world has never had more wealth in its entire history.  The creation of this wealth has come with a cost that we must balance by investing in the solutions at all levels.  The financial industry of banking has this power of investment. There are also private investors and fund raisers such a the organization known as Water.Org : https://water.org/financingsdg6/

Based on this article we can see how much humans are affecting negatively on the environment. Many resources are damaged from these actions and these resources include one of the most basic rights for a normal person, it’s the water. Water one of the most important resources that are being polluted by humans, and until now there a huge amount of people who don’t realize the extent of the danger.  When we can see the extent of the problem maybe we can be motivated enough to become part of the solution.  We have that choice now; do you want to be part of the problem or part of the solution to water inequality?

Here are a few ideas of action towards solutions on a local level:

LINK: Ensure availability and sustainable management of water and sanitation for all