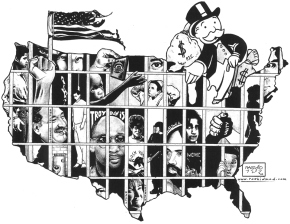 Democratic Presidential candidate Hillary Clinton has five main points on prison reform and race. Her major topics include, 1) paying more attention to interactions with police, 2) police wearing body cameras, 3) police militarization coming to a stop, 4) limiting black incarceration in America, and 5) putting an end to the era of mass incarceration. She acknowledged that prisons do bring safety to the public but at the same time she says that keeping so many in prison has a long term negative impact that affects families and the economy.
“Keeping them behind bars does little to reduce crime. But it does a lot to tear apart families and communities.” – H. Clinton
Clinton agrees that Police should start wearing cameras not only for the mistakes that they make but also to be more aware of both sides of any police citizen interaction. Hillary thinks that police should not be using military weapons; especially when on the streets. She brings up the point that people of color are more often suspected as criminals. This is showing that our country is still very racist. There are so many people in the prison system that are charged with smaller crimes than murder. Hillary believes that they in a way are just taking up space and money when there are people who have done much worse.

Hopefully we will see real change in the direction of Hillary’s prison reform agenda. It seems that we have seen little change in the last four years.

Just four years ago Quartavous Davis, was sentenced to 162 years in prison. That is 1941 months. Unfortunately for him, this was his first offense and was sentenced with no parole. During his crimes, he never hurt anyone. He was however diagnosed with learning disabilities and bipolar disorders. 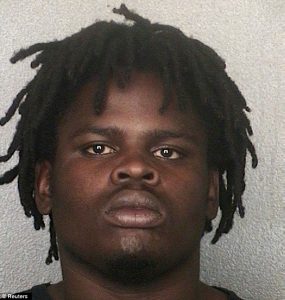 Back in 2010, he committed several armed robberies in the Miami area. But in his defense, he was still not convicted for hurting anyone.
“This comes as the U.S. Supreme Court has decided that life sentences without parole for anyone under 18 constitutes ‘cruel and unusual punishment’, even in the case of murder.”
“Quartavious Davis is accused of a series of armed robberies including one at an outlet of Wendy’s.”
Davis’s lawyer is trying to argue with the court system saying that this is just his first offense and that he is too young. He also believes that this is a “cruel and unusual punishment”.
‘Just as the Supreme Court recently held that the Constitution bars taking away all discretion from judges in sentencing juveniles to life imprisonment for committing murder,’ said the attorney, Jacqueline Shapiro, ‘so also is it cruel and extreme to allow unfettered prosecutorial discretion to force a sentencing judge to impose a life sentence on a teenage first offender convicted of lesser charges.’

‘Any law that provides for a mandatory term of imprisonment for a 19-year-old first offender that exceeds a century has got to be unconstitutional,’ said Michael Zelman, the court-appointed attorney who represented Davis at his trial. 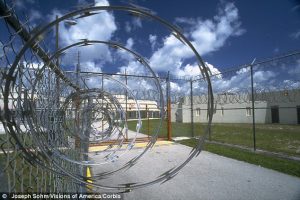 At the age of 19, Davis was arrested as a high school dropout, living with his aunt. He was living off of social security money for his disabilities. Each month he would get about $674, and was planning on going back to  school to finish and learn a trade. He was convicted for committing seven armed robberies at fast food places, Walgreens, and other convenient stores. Davis was one of six that was charged but he got the longest time in prison. The other five guys, got only nine to twenty two years. 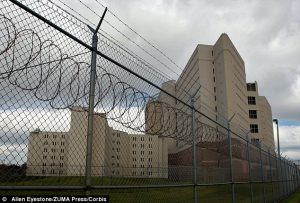 As seen on the trial transcript, he shot at a dog and he fired outside of Wendy’s after he robbed them. One of the customers at the Wendy’s traded shots with Davis but no one got hit or hurt. When the customer was asked to describe the man who shot at him, he was unable to because he did not get a clear enough view of him.
“According to a recent study by the Pew Center on the States, Florida was first, among the 35 states reporting, in increases in time served in its prisons from 1990 to 2009.”

Davis was has seven charged for having the firearm because it was used for crime. He got seven years for the first charge and then twenty five years for each of the other charges he had associated with the firearm.

“The law, as written by Congress, requires the sentences to be served consecutively. In prison slang, such sentences are sometimes referred to as ‘life on the installment plan’ or ‘running wild.'”

“In a report to Congress last October, the U.S. Sentencing Commission, which sets guidelines for federal courts, noted that many law enforcement officials, including New York Police Commissioner Raymond Kelly, viewed mandatory minimum penalties as an important ‘investigative tool’ because they provide leverage over suspects and help persuade them to cooperate with the authorities in exchange for lesser charges.” 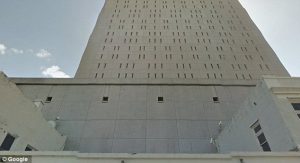 ‘In addition to their deterrent effect, some policymakers assert that mandatory minimum penalties reduce crime by incapacitating criminals and protecting the public from their potential future offenses,’ the commission said.

In a statement issued the day after the sentencing, U.S. Attorney for the Southern District of Florida Wifredo Ferrer hailed Davis’s lock-up for life as sending an unmistakable warning to anyone seeking to profit from violent crime.

‘We will not allow our community to be overrun by guns and violence,’ he said.

Although he has no alternative explanation, Davis cannot accept that that is the real reason he will have to die in prison.

‘There ain’t no justice in the justice system,’ he said, gazing down at his olive-green prison jumpsuit and beige rubber sandals.

‘I ain’t going to never accept what happened,’ he added. ‘They know what they did isn’t right.’

http://www.dailymail.co.uk/news/article-2168726/First-time-offender-18-sentenced-162-years-prison-parole-participating-robberies.html
Is Hillary correct for bring up these five points? I think she is on the right tract.  All lives matter including black lives, police lives, immigrants; all lives matter but not all lives are being treated fairly by the justice system.  Just because they are a different color does not mean that they are bad. The court system and the police overreact to some crimes or misinterpret the situation. Criminals should be punished, but why are some punished differently than others? Often those with good lawyers get off easier than those who can’t afford a good lawyer.

It is a good idea for police to wear cameras because there are many stories that are unclear about what really happened during the arrest. The bill of rights was written to protect the rights of the accused in America.

Quartavous Davis did something wrong. Yes he had mental problems. To have him in prison for the rest of his life instead of treating him like a human being who needs healthcare and who can be reformed is outrageous.