Confronting Global Warming Must be an International Effort 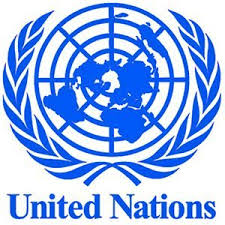 Over 120 countries are ready to sign the U.N’s accord to fight global warming

According to a White House press release almost 200 governments came to an agreement in Paris in December 2015 which will set a target of limiting global warming to approximately 3.6 degrees Fahrenheit higher compared to pre-industrial levels.
“I fixed an objective … of a hundred signatures and we are now at over 120 signatures,”
rich nations would have to pay 200-100 billion dollars (90 billion euros) a year in climate aid from 2020. how will that happen? They say it has not been worked out yet.
If at least 55 countries responsible for at least 55 percent of global greenhouse gas emissions ratify the accord, the deal will not come into force. In January 2016 the White House announced that the United States, China and others nations are signing the Paris climate agreement in new York.
“Royal, heads the UN’s COP21 climate forum and thus plays a key role in brokering agreements, said that 60 countries would send their head of state to the signing ceremony in New York.”
Its good that other nations are getting involved because global warming is a big deal and it effects the whole world; not in just one area. This can also help all nations unite over a common goal that effects the entire global economy instead of staying separated over the competition for individual profit.
to read more about this click on the link.
Global Warming