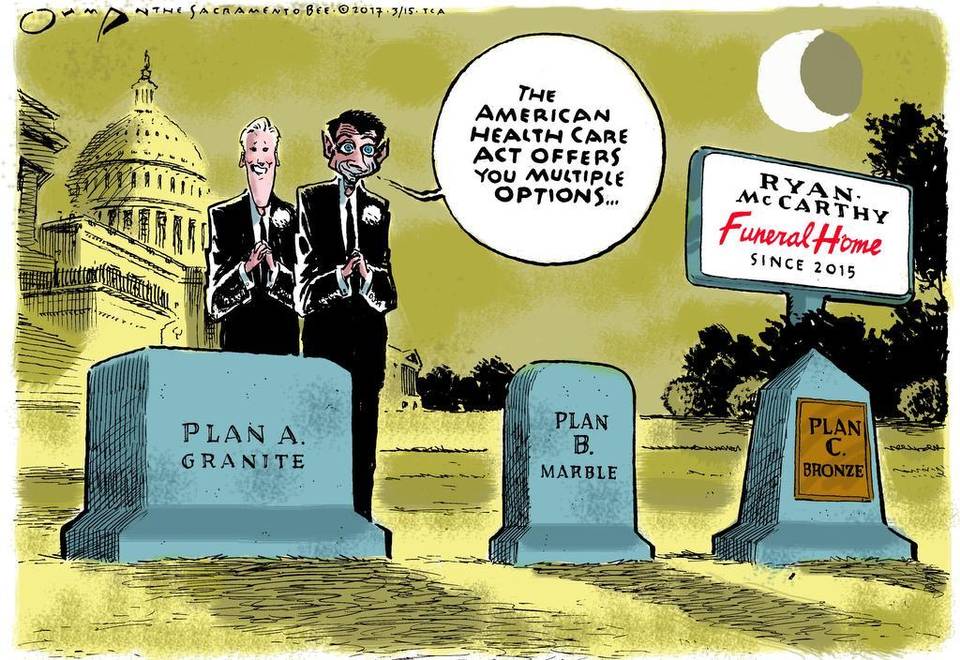 Last month the hard-line conservatives who helped Republicans repeal the first version of Obamacare and officially endorsed the latest Republican plan designed to slash costs for Americans. It gives congressional leadership a critical boost as the seek a do-over on healthcare. It looks to me that Trump and the Republicans are trying to get rid of everything that Obama has done as president. Republican are saying that what they are doing for healthcare is better than Obamacare, I’ll only believe that when it happens. I don’t think American healthcare problems will improve because Trump has been in office for more than 100 days and nothing has changed yet.

Trump claims that he has accomplished more than any other president before him. I really don’t care about the fight over healthcare issues but it looks like Trump and the Republicans are just trying to get rid of the healthcare that Obama has passed and start over. This is just one example of how the two parties focus on conflicts between each other rather than the solutions needed for everyday American citizens.