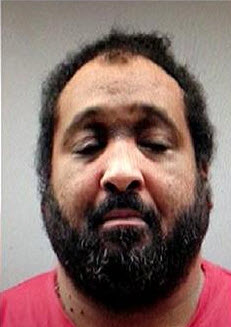 A DC police officer Officer Linwood Barnhill Jr age 47 has been in the police workforce for 24 years, was charged with two counts of pandering a minor for the purpose of prostitution. Another officer Marc Washington, 32, a seven-year veteran was arrested last week and charged with producing child pornography from the 7th district, he was released on bail pending trial. Marc was then found dead in the Potomac River on Tuesday night after 2 days from the release. When Barnhill’s apartment was searched with a search warrant when officers came into his apartment they said they smelled burnt marijuana and found 2 females in the back bedroom an 18-year old and the missing 16-year old.The missing 16-year olds nickname was “Juicy” Barnhill was supposed to make 20 dollars off each 80$ she made off each customer she had sex with according to the affidavit. In my opinion prostitution and human slavery is so very wrong. Especially when a 16-year old girl is kidnapped and forced being used against her will. Other officers even say it is disheartening to know that officers in their own branch are doing bad and wrong things like working in a prostitution ring. My last mirror was related to Human slavery the Polaris Project so I just thought this article had something to do with that too. This also relates to government by the Federal police working doing wrong in the economy and just breaking the laws and what not, like having marijuana and prostitutes in a officers home is so very wrong like officers are supposed to be cracking down people for these things.