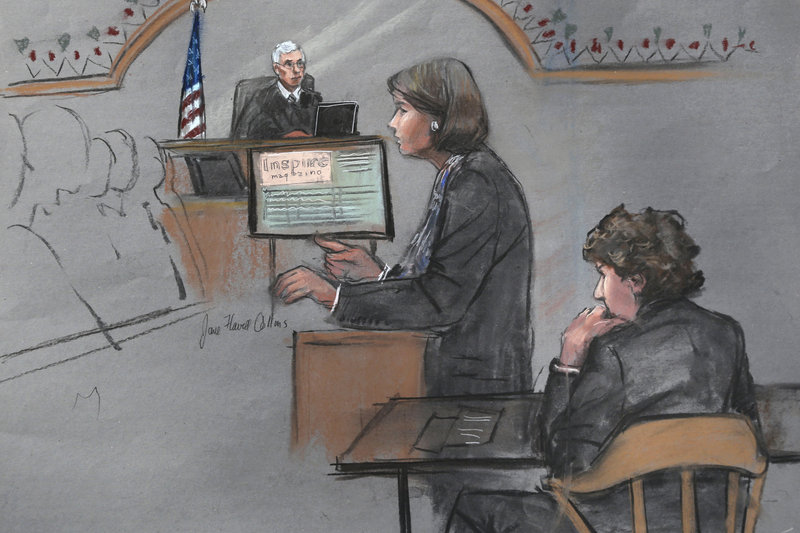 We all remember the Boston Marathon bombing on April 15, 2013 and the two responsible for it; Dzhokhar Tsarnaev (21) and Tamerlan Tsarnaev (26) whom is now dead. On Monday April 6, 2015, Dzhokhar’s fate is “in the hands of the jury”. Accused of bombings that killed three people and reportedly injured as many as 264 others. Dzhokhar’s defense said he did participate in the bombing that took place on the 15th of April, 2013 but “could not have been done without his brother Tamerlan.”
“Tamerlan Tsarnaev, was shot by police and run over by his brother four days later following a massive manhunt for the perpetrators of the Boston Marathon bombings, which killed three people and wounded 264 others.”
Dzhokhar faces 30 charges and 17 of them include the death penalty. His lawyer Judy Clarke, repeatedly called him a “then a 19 year old kid” and influenced by brother Tamerlan who bought the bomb parts, build the bombs and planned the attack. His age is not to justify his actions, he was aware of the harm they were about to do and the consequences he would have to face if things didn’t go as the brothers planned. It was a cold blooded thing they committed but I don’t think Dzhokhar should be given the death sentence. Personally I feel like he should spend the rest of his days in prison simply because killing Dzhokbar would make the jury just as low as him and his brother. Being in prison for the rest of his life is already a big of enough punishment.

The democratic value shown here is life. The Tsarnaev brothers took into their own matter on putting many people’s lives on the edge. Many lives could have been affected but some, til this day are suffering. “Luckily” there were only three killed and most of them were wounded but many lives could have been lost due to two adults trying to get revenge on America but this sure does seem like a terrorist act.

What do you think the jury should do with Dzhokbar Tsarneav? Life in prison or death penalty?