Democratic Gov. Terry McAuliffe under investigation by the FBI 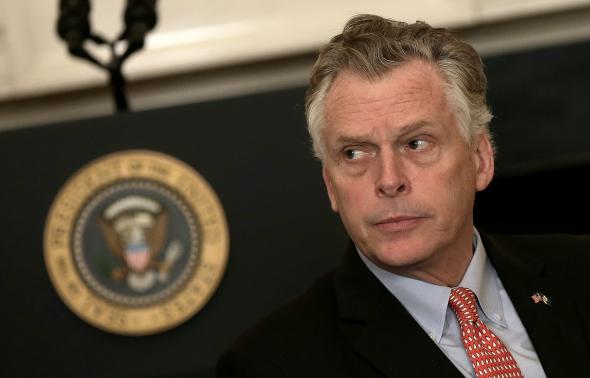 Virginia Democratic Gov. Terry McAuliffe is under investigation by the FBI. Investigation dates back to last year concerning donations to his gubernatorial campaign which believe they have violated the law.

The investigation “has nothing to do with the Clinton Foundation.” “This was an allegation of a gentleman who gave a check to my campaign,” McAuliffe said. “I didn’t bring the donor in. I didn’t bring him into the Clinton foundation. I’m not sure if I’ve even met the person, to be honest with you.” Donations that drew the interest of the investigators was $120,000 from a Chinese businessman, Wang Wenliang, through his U.S. businesses.
“Neither the Governor nor his former campaign has knowledge of this matter, but as reported, contributions to the campaign from Mr. Wang were completely lawful,” Elias said. Wang also has been a donor to other causes, including to New York University, Harvard and environmental issues in Florida.
The problem is that U.S. election law prohibits foreign nationals from donating to federal, state or local elections. Penalties for violations include fines and/or imprisonment. Wang still holds U.S. permanent resident status, which would make him a U.S. person under election law and eligible to donate to McAuliffe’s campaign.
McAuliffe is the second consecutive Virginia governor to be investigated by Justice Department and the FBI. In 2014, Bob McDonnell was convicted of corruption charges related to $175,000 in loans and gifts he received from a donor and friend. The Supreme Court is weighing an appeal of the conviction. The officials say the investigation remains active and ongoing. To learn more click here. If this is true then it will affect us as a SWING STATE. We would probably swing towards Republicans if we see the Demarcates slip again.