Democrats Dispute 9-11 Bill; Is it Justice Delayed or Blissful Ignorance? 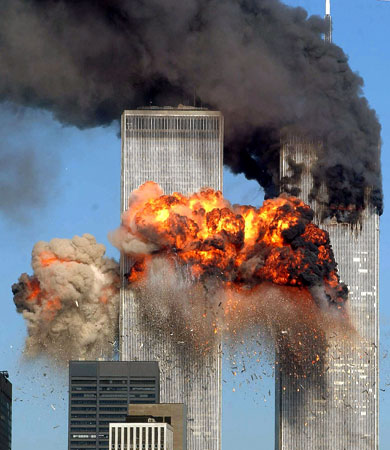 Things are heating up in the Democratic Party due to a reopening of old wounds. New York Senator, Chuck Schumer is proposing a bill which would allow the victimized families of 9-11 to prosecute any government official with financial ties to the attack 15 years ago. The Justice Against Sponsors of Terrorism Act has taken major opposition from the Obama Administration who fears harsh feelings between our nations if the bill is acted upon.

Both Bernie Sanders and Hillary Clinton have responded with favorable positions on its passing. However, Sanders has requested that the government declassify the Senate examination which is the sole, essential inquiry on the accusations. This 28 page document allegedly contains evidence that connects low-level Saudi government officials living in the US at the time of the attacks as the principal source of financing to 11 of the 15 hijackers.
“The families of those lost on that terrible day have the right to review any evidence that connects the hijackers to foreign supporters, including potentially those in Saudi Arabia,” the Sanders campaign said in the statement. “If no such connection exists, then our country deserves the information necessary to put that speculation behind us.”
The Obama Administration has gone as far as attempt to lobby congress members against Schumer’s Bill. Stating that revealing the documents would “damage national security.”

The intentional delay of making the truth known for the purpose of justice for those who have lost loved ones in this attack a decade and a half ago is almost ridiculous. I believe any unanswered questions which could be addressed will provide some closure as well as peace of mind should they be answered. Regardless of fear towards diplomatic or economic repercussions, the United States is always stronger when acting as a government with moral integrity. If a link to the murder of 3000 Americans exists, and is in the possession of our government why shouldn’t we release it? What is the administration so desperately trying to hide? On the other hand; if our suspicions are true, we cannot hold a country (Saudi Arabia) responsible for the actions of a few individuals. Diplomacy towards justice is a mutual understanding between nations.