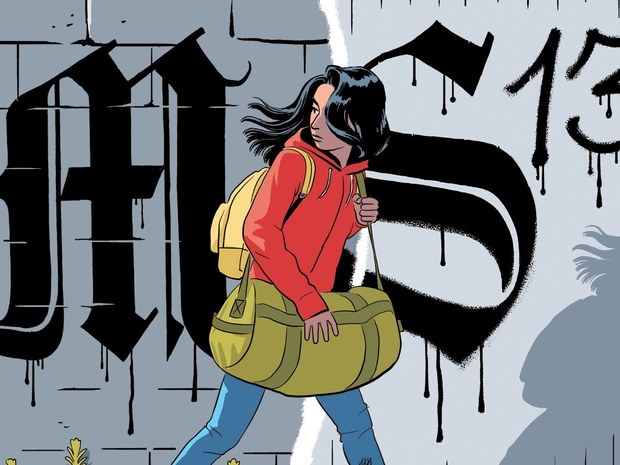 It’s hard to lose someone that was your ride or to face the death of the only person you could talk to.  My friend Kevin could understand someone like me because he grew up in the same environment.  He was that person you trusted more than anything to the point where he was more family than my real family. Its been 9 months and I’m still debating; my head tells me hes not gone but my heart feels something different.

Getting this news from his mother is the hardest. I got a huge shock and my body went cold full of goosebumps. I couldn’t cry at the moment That was some hard shit for me. I met Kevin’s mom first when I was 4. When I turned 6 I got really close to him and we were good friends we would always do stuff together hangout and everything else.

Kevin wasn’t born here.  He was born in El Salvador. Kevin turned 18 and he ended up getting deported. Kevin was in El Salvador for a few days. Be careful who you call your friend and who you call real family because most of the people have switched up it’s so hard for me to trust anyone nowadays. Kevin’s cousin set him up in the morning for breakfast and that morning Kevin was shot 13 times. There is no one else that I was close to but him he was the closest friend more like a blood brother.

I wish I didn’t receive that call; at least I could’ve heard it from a friend, but no, I heard it from his mom.  People are scared to go to our country because you never know if you’ll be alive one day or the other.

Just this week following the midterm elections, President Trump is continuing to use the issue of immigration as a way to threaten basic human rights and create fear of an “illegal invasion”.  He would rather build a wall then improve the system of immigration.

“I just signed the proclamation on asylum – very important,” Trump told reporters on Friday before leaving for Paris. “People can come in but they have to come in through the points of entry.”

My friend did not enter this country legally…  Unlike me he was not able to get legal protections.  From the beginning of his political career Trump has passed judgement on people as a “citizen” or “non-citizen”.  This was true when he doubted Barrack Obama’s citizenship and demanded a birth certificate.  He continues to judge American citizens as “great” and others as maybe not as great or even a threat.

The lawsuit said the order violated the Immigration and Nationality Act, which allows anyone present in the United States to seek asylum regardless of where they entered the country.

“President Trump’s new asylum ban is illegal. Neither the president nor his cabinet secretaries can override the clear commands of U.S. law, but that’s exactly what they’re trying to do,” Omar Jadwat of the American Civil Liberties Union said in a statement.