Diplomacy in the classroom pt2 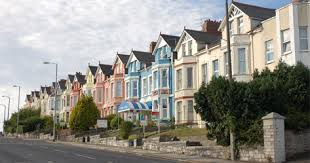 In early December we had another video conference with the students from Plymstock. This went well just like the first one.  The main thing I noticed was that we had different views on whether we the people had a responsibility in controlling what our government does to stop violence.  The students here at Mountain View leaned more towards the people having a part in what the government does while the students over in the UK thought otherwise.  Some believed there was nothing they could really do.

I think that it is interesting to see differences from country to country and even from region to region within countries.  It says a lot about the rights of the people. Here in the states we feel like we have a right to stand up for what we believe in and speak our minds. We have a history and a culture of speaking out.  I wonder if the small town environment of Plymstock influences their ideas on citizen rights and responsibilities when it comes to global issues.  I was impressed by what the students in England had to say.  It reminded me that young people all have similar hopes and dreams.  Overall the video conference was different from the first one as we had a different monitor who kind of told us her own opinion and told us what to talk about; that was the only part I didn’t like about this time around.