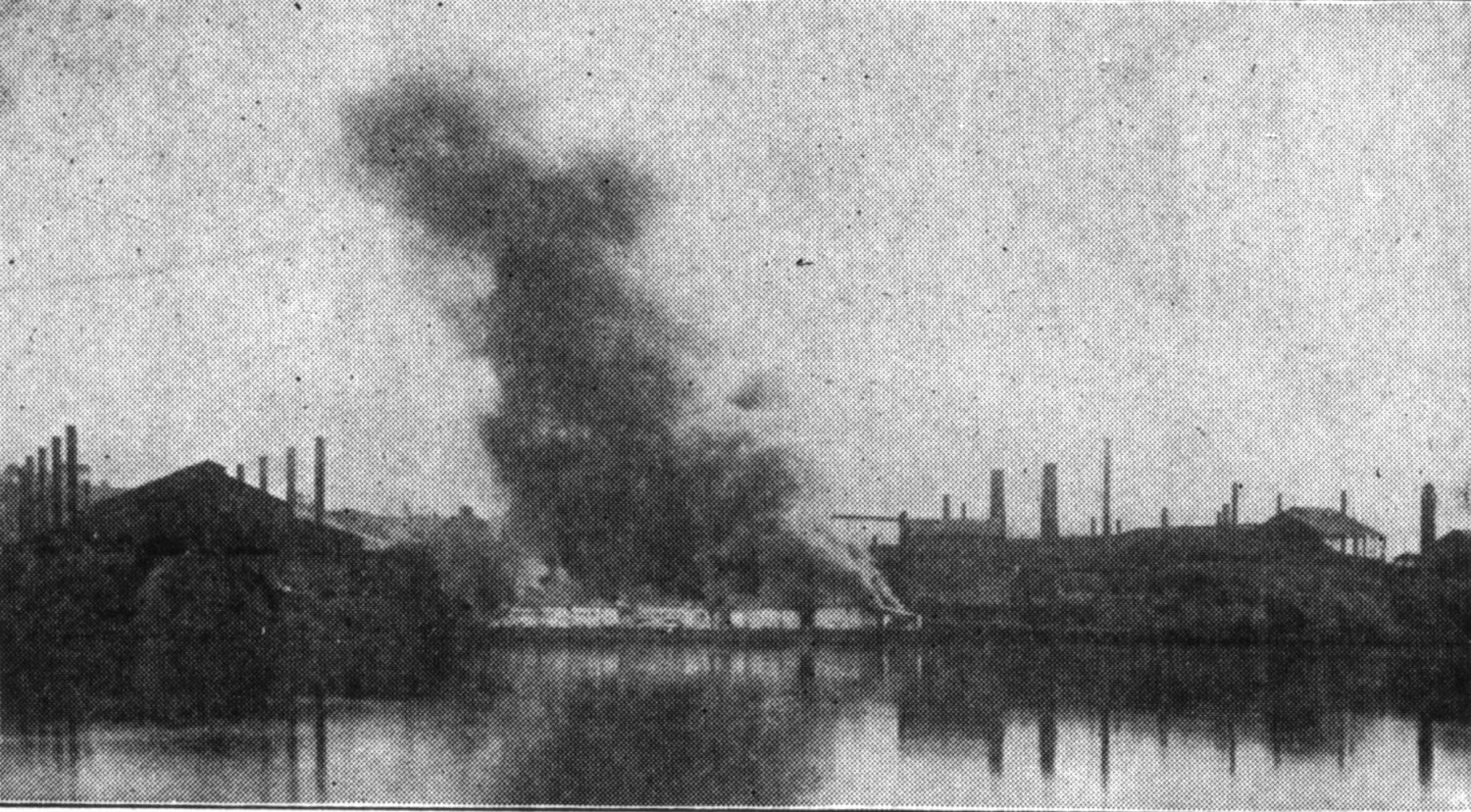 The photo above shows barges burning after the hired Pinkerton Guards were defeated by striking steel workers who fortified the mill.  At first the workers thought they had achieved victory over the strike breakers.

The Homestead Strike – Andrew Carnegie and the Steel Industry

Andrew Carnegie was a Scottish- American industrialist who lead the expansion of American steel industry in the late 19th century. The steel industry was associated with the “Homestead Strike”. The Homestead Strike was like a small civil war between workers who wanted higher wages and the powerful owners whose product was in high demand.  Steel is the strongest metal used for railroads, skyscrapers, building of cities and machines in factories. This occurred in Pennsylvania outside Pittsburgh in the 1890’s.  There was a strike between the workers vs. the owners. The owners won in the end because the governor of Pennsylvania ordered the mill to be opened by military force .

Steel is hard to get and make. Steel is still in demand today but often recycled. Consolidation means control leading to monopoly (ownership is located in all one place) . Almost all steel in America was made by one company.   This violent strike pointed out  the need for laws that would balance owners and workers rights more fairly.

Andrew Carnegie was not always seen as a bad guy to the working American.  He did give big donations of his industrial profits back  to the American people.  In a way this was like a voluntary tax on the rich.  He is an example of the immigrant American living the dream of hard work and prosperity because he came to America from Scotland.  Maybe the wealthy should be asked to pay more in taxes today in order to allow poor Americans a fair chance at living a good life.  What do you think?

Over a hundred years ago, steel, oil, and coal were in demand and they still are today. In my opinion, minimum wage is not the amount it should be. I personally think it should be raised a dollar or two. A labor union is an organized association of workers. Labor unions were important back then and are still important to this day. Today we get a lot of our items in the United States from India and China because Industry has spread to these countries and they pay their workers much more cheaply.

How Andrew Carnegie Turned His Fortune Into A Library Legacy