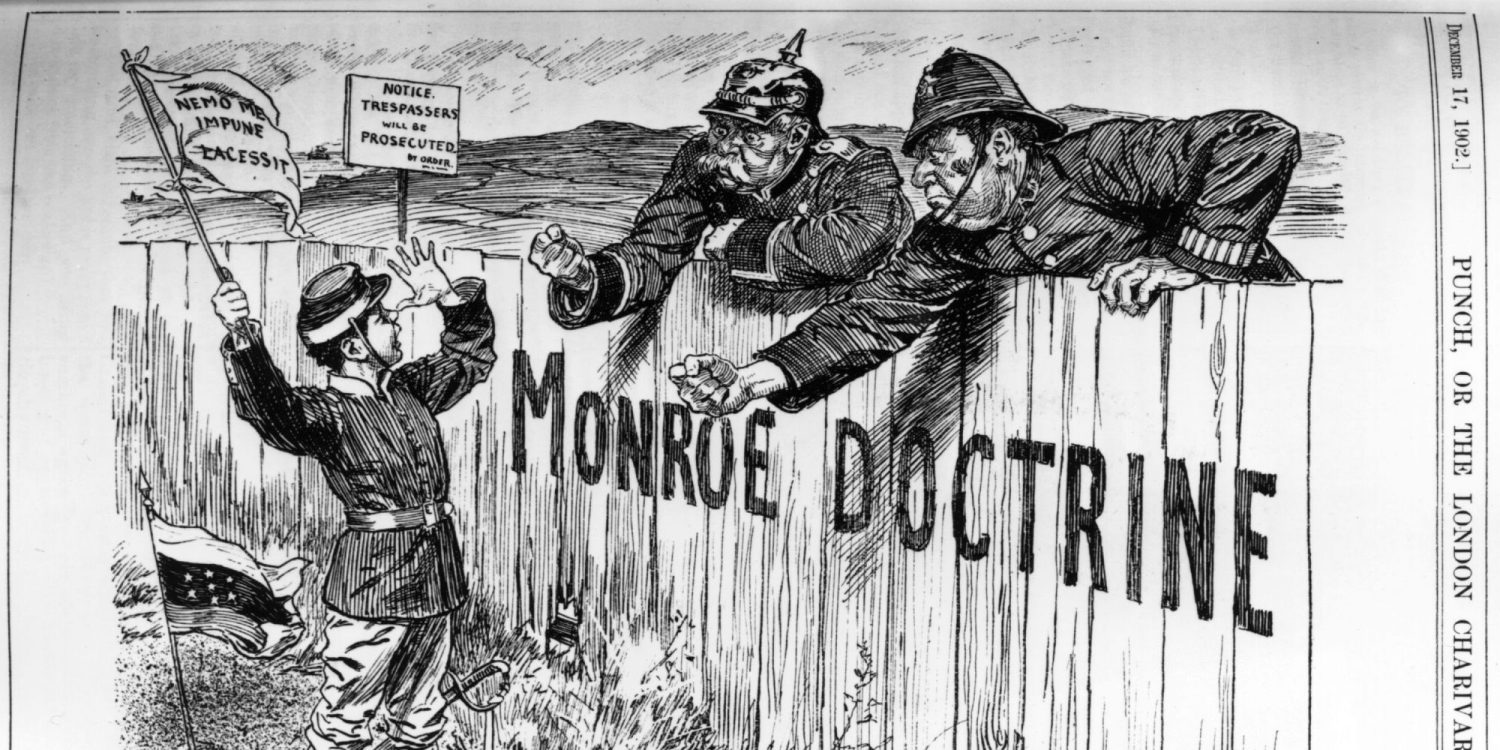 circa 1902: A caricature of England and Germany responding to the Venezuelan Blockade. Punch - pub. 1902 Original Artist: By Bernard Partridge. (Photo by Hulton Archive/Getty Images)

With the existing colonies or dependencies of any European power we have not interfered and shall not interfere…. ” 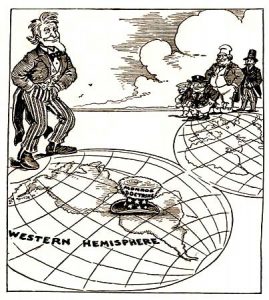 The Monroe Doctrine proclaimed that the Americas should be free from future European colonization and free from European interference in sovereign countries’ affairs. It further stated the United States’ intention was to stay neutral in European wars and in wars between European powers and their colonies but to consider any new colonies or interference with independent countries in the Americas as hostile acts toward the United States. Basically, Monroe was telling Europe, “You keep your nose out of our business, and we’ll keep our nose outta yours.”

The Impact of the Monroe Doctrine:

In other words you could say that the Monroe Doctrine its like gangs and their territories. You have two different gangs, one of them stays on one side of the city and the other gang stays on the other side so they don’t have confrontations that can lead to a war, that’s how the Monroe Doctrine worked.  The problem for Latin America is they were like the younger kids who get caught up in gangs and get divided between the loyalty of one gang or the other- USA is the “Atlantic West Side Gang” and Europe is the “Atlantic East Side Gang”.  The younger weaker “Latin America South Side Boys” lose their freedom and independence to the older “homeboys” of North America and Western Europe.